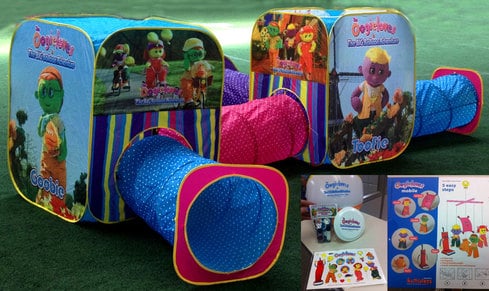 How about a giveaway for the kids? Now you parents will have to enter to win – but this is a pretty awesome prize! Your little ones will love if you entered ;). 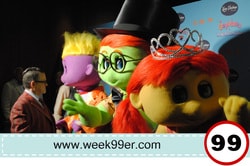 This Oogie-tastic prize pack is being provided by The Oogieloves! Haven’t heard of the Oogieloves yet? You can read about their Detroit Premier here!

“Kenn Viselman, the creator of The Oogieloves in the BIG Balloon Adventure (due out Oogust 29th) believes in the The Power of Mom. So much so he and his team have been traveling around the country engaging bloggers in conversations about what constitutes quality G-rated entertainment. Other than a few wildlife documentaries and a re-release in a popular children’s movie in 3-D, Hollywood has completely ignored the youngest moviegoer. The best they give us for our kids â animated PG films â are loaded with aggression and bloodshed.

Moms: You have the power to change what Hollywood pushes on your children. In fact, there is no voice more powerful than yours. You control the home, the family budget and your child’s welfare. Aren’t you tired of watching moms die in the first ten minutes of so many animated movies? Aren’t you tired of seeing your children confused by the aggression towards their beloved movie characters? There’s no place for such violence in a children’s movie. Enough is enough.

It’s this enough is enough attitude that got Kenn Viselman, the marketing genius who introduced us to Teletubbies, Thomas the Tank Engine, Noddy and Eloise, mad as h*ll. The end result: The Oogieloves in the BIG Balloon Adventure, a film that reinvents the movie-going experience. This film is basically a movie and a live show rolled into one – is the first-of-its-kind interactive family musical that encourages the audience to get out of their seats, dance, and sing. Visual and auditory cues invite the audience to move the action along, allowing parents and kids to interact not only with the characters, but also with one another.

The story follows the Oogieloves – Goobie, Zoozie and Toofie – as they prepare for a surprise birthday party for their friend, Schluufy. When their guardian, J. Edgar, loses the last five magical balloons in all of Lovelyloveville, the Oogieloves take action. Along the way, they meet Rosalie Rosebud (Toni Braxton), Dottie Rounder (Cloris Leachman), Lola and Lero Sombrero (Jaime Pressly and Christopher Lloyd), Milky Marvin (Chazz Palminteri), and Bobby Wobbly (Cary Elwes). The movie opens in theaters Oogust 29th.”

The Oogieloves are the first of their kind! The movie was made for kids ages 3-6 but is doing well for both younger and older age groups. Speaking as someone who’s seen it – it’s fantastic! Are you going to take your kids?

Now, the Oogieloves want your little ones to get excited about the moving coming out – they want to share the excitement with you! One lucky reader is going to win an Oogielove Prize pack worth about $150!

The winner will get Oogie-prizes including: