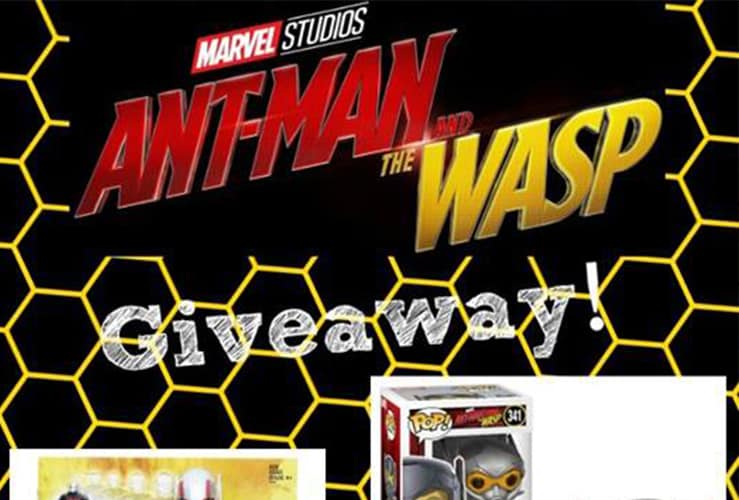 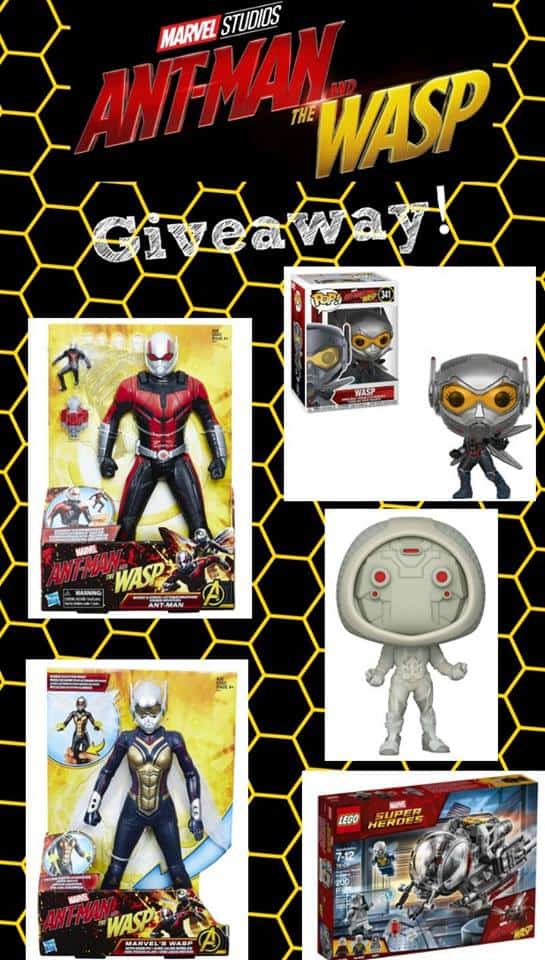 Ant-Man and the Wasp is one of the most anticipated movies of the summer, and so trust us Marvel hasn’t let us down! Scott Lang is back as Ant-Man, Hope van Dyne officially takes up the wings of The Wasp and all of our favorite supporting actors are back. There is a scene where Luis is back telling stories, and will have you laughing throughout the whole movie.

The Ant-Man movies continue the trend of being some of the funniest Marvel movies in the MCU, an ones we can’t help but love. We have Five Reasons You Should See Ant-Man and the Wasp in case you weren’t convinced already.  And because we’re excited about the new movie, and think it’ll become your favorite Marvel movie, we’re celebrating with with a huge prize package for one of our readers! Make sure you enter to win these great prizes and be the the envy of all of your Marvel loving friends!

Enter for your chance to win this Ant-Man and the Wasp toys prize pack!

Enter to win below!