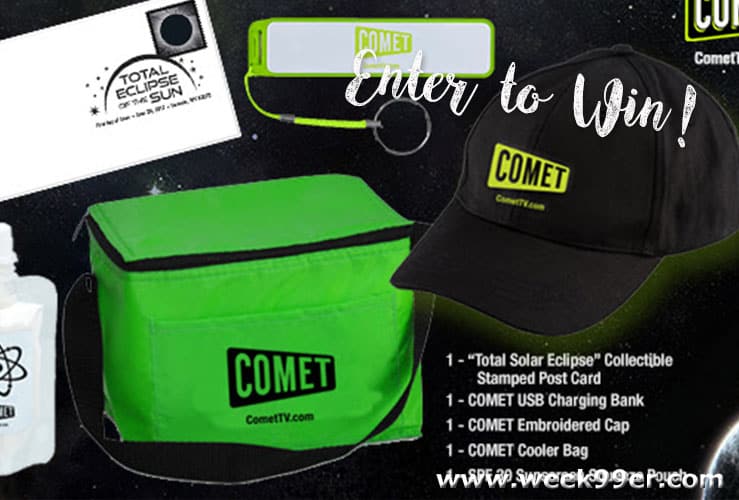 A SOLAR ECLIPSE IS IMMINENT!
On Monday, August 21, 2017, a solar eclipse will be visible across all of North America. The whole continent will experience a partial eclipse lasting 2 to 3 hours. If you care about the well-being of Earth and you’re a space-head like us, check out COMET’s

“When The Moon Throws Shade” – Ultimate Guide to Eclipsing

What to Watch on Comet TV This month?

Invasion of the Body Snatchers
Most of the time, we’re not big fans of remakes. But once in a while, a remake comes along that vastly outshines its inspiration. Invasion of the Body Snatchers, the 1978 reboot of the 1956 sci-fi thriller, is one of those remakes. Not only that, it’s maybe the best remake ever made, and with stars like Donald Sutherland, Jeff Goldblum, and Leonard Nimoy, it’s not hard to see why. The invasion begins on August 25 at 8P/7C, with an encore airing at 8P/7C on August 26.

We’ve partnered with Comet TV for a fun prize pack just about the eclipse! The Prize Pack includes:

How Can You Win?
Enter to win with the form below. What is your favorite Sci-Fi show? or How will you watching the eclipse, do you have special plans? If you do not do this entry – you will not win! So make sure you leave a comment and then enter using the form below!