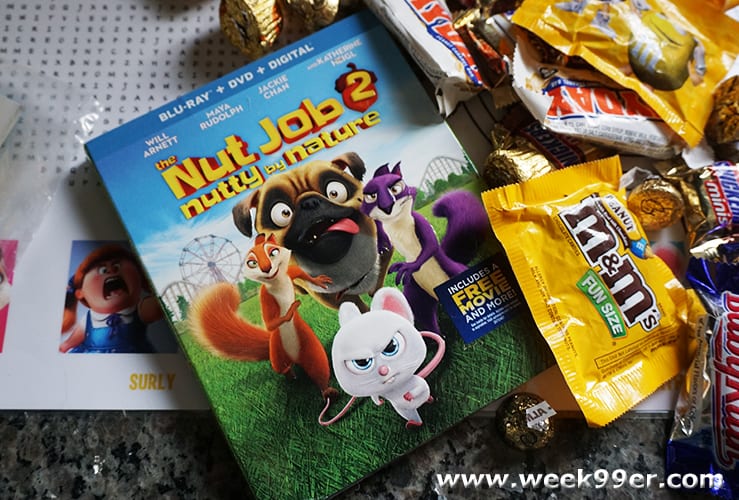 Are you excited that The Nut Job 2 is here and on Blu-Ray and DVD? We’ve partnered with Universal Pictures for a fun giveaway for one of our readers. You’ll get a copy of the movie, some cookie cutters and fun place mats to enjoy. It’s time for a fun movie night, so read below on how you can win!

The Nut Job 2 brings back Surley and his friends as they decide to go back out to where the story started. After being inside for so long it becomes a bit of a challenge to adapt to being back in the park. We are once again in Oakton where the evil mayor has decided to bulldoze Liberty Park and build a dangerous amusement park in its place. Surly and his ragtag group of animal friends band together to save their home, defeat the mayor, and take back the park.

We’re giving one reader a Nut Job 2: Nutty By Nature Prize Package including:

How Can You Win?
Enter to win with the form below. Who is your favorite character from the Nut Job Movies or Who would you share this with? If you do not do this entry – you will not win! So make sure you leave a comment and then enter using the form below!

13 thoughts on “Enter to Win a Copy of the Nut Job 2: Nutty By Nature”