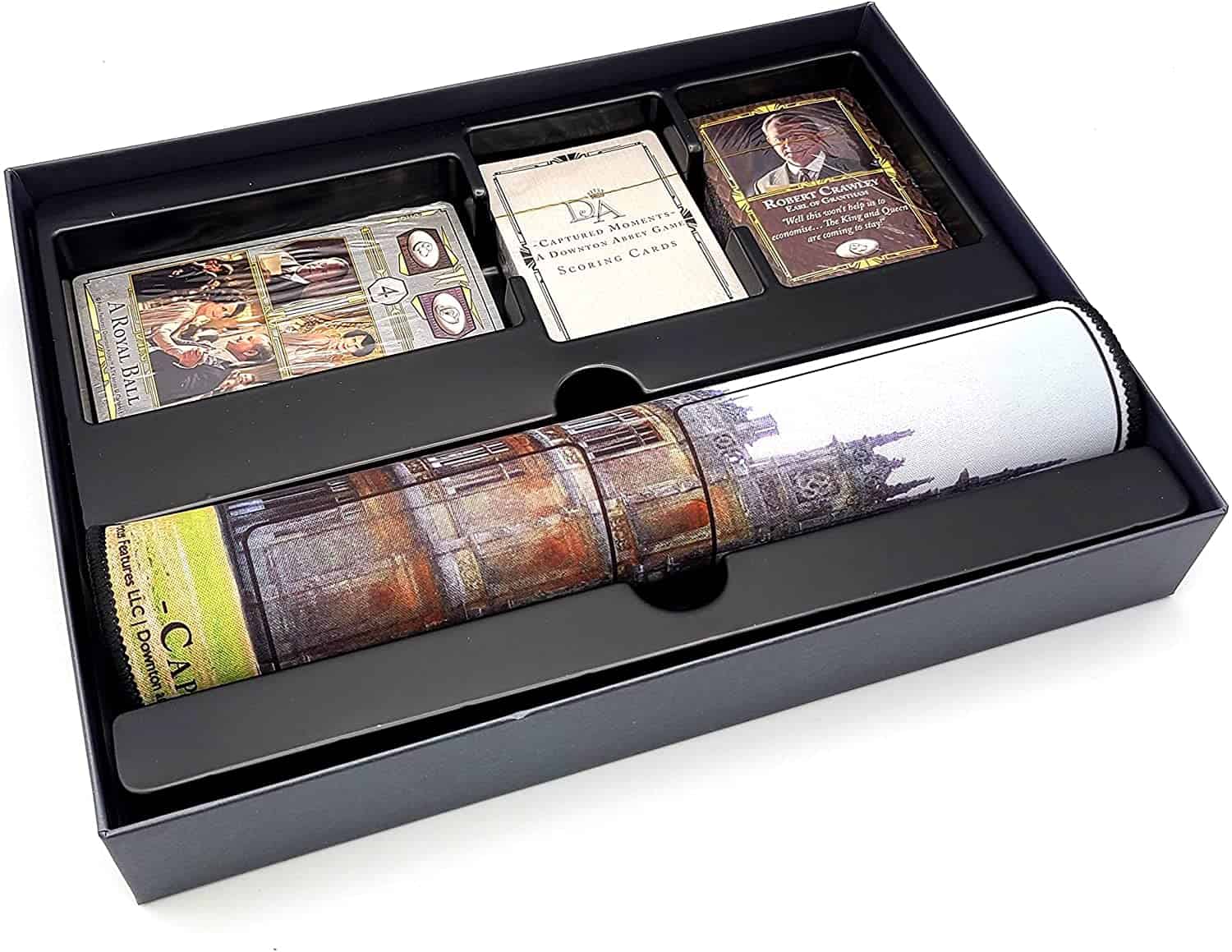 We know you’re as excited as we are about the new Downton Abbey movie hitting theaters this week so we’re excited to have partnered with Rather Dashing Games to give away a copy of their board game Captured Moments – A Downton Abbey Game. One lucky reader will win a copy of the game where you can help the Crawley household prepare the Abbey for a royal visit! Read more about the game and how you can win below.

You are cordially invited into the drawing-room to play Captured Moments, the delightful parlor-style game based upon the critically acclaimed film, Downton Abbey. The rich and interwoven stories culminate in moments that you must collect by using your wits as well as the heroes and villains of Downton before your opponents do.

Featuring multiple ways to acquire points, secret scoring goals, and the Royal Staff waylaying even the best-laid plans, Captured Moments will engage your players in a fun, lighthearted journey through the scenes of Downton Abbey the motion picture.

About Downton Abbey: A New Era

From award-winning creator Julian Fellowes comes the motion picture event DOWNTON ABBEY: A NEW ERA. The much-anticipated cinematic return of the global phenomenon reunites the beloved cast as they go on a grand journey to the South of France to uncover the mystery of the Dowager Countess’ newly inherited villa.

One lucky reader will win a copy of the Captured Moments – A Downton Abbey Game. Just leave a comment below with your favorite Downton Abbey moment or who you’d play this game with.

One winner will be contacted via email on May 30th by noon. Winners have 24 hours to claim their prize or it will given to another winner. Good luck!