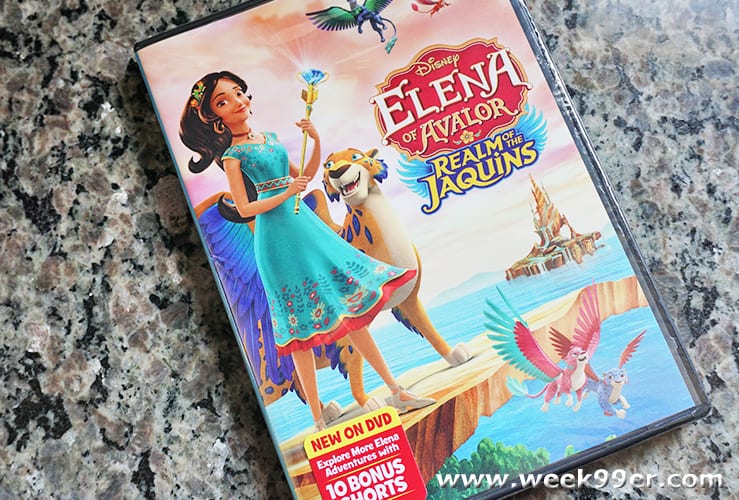 It’s time to head back to to Avalor and back to see one of our favorite princesses back in action. Elena of Avalor is back to not only protect her kingdom, but to help the realm of the jaquins in a land called Vallestrella. We all know that Jaquins play a big roll in Elena’s life, and when she unwittingly releases a forest sprite, she puts both Vallestrella and her own kingdom at risk.

Elena of Avalor: Realm of the Jaquins is a great new addition to the Elena of Avalor series. Not only does it include three new episodes and one extended one, but it brings back some of our favorite characters in a new way. With adding in more jaquins, and a new land – we see how large the world that Elena lives in is as well as some of the magic we hadn’t encountered yet.

The new episodes are a lot of fun, show a strong leader in training and the power of family and friendship. The DVD is rated TV-Y, and we know that young viewers will absolutely love the new episodes.

Elena of Avalor: Realm of the Jaquins is available everywhere today! Get your copy today!

Ready for a fun day watching the new episodes? Here are some fun printable activity sheets for your kids to download and play! Just click the link below so you can print them as often you want! Activities include Word Find, Spot the Differences, Name Connect, and more! 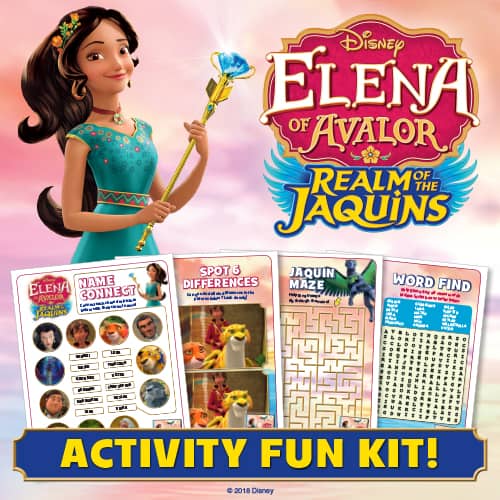 About Elena of Avalor: Realm of the Jaquins:

Join Crown Princess Elena as she soars through a hidden gateway into Vallestrella, the mysterious, dazzling domain of the jaquins. On the way there, she accidentally releases a mythical forest sprite that could endanger Avalor! Now Elena must find the jaquins’ magical, legendary Sunbird Oracle to save the kingdom!