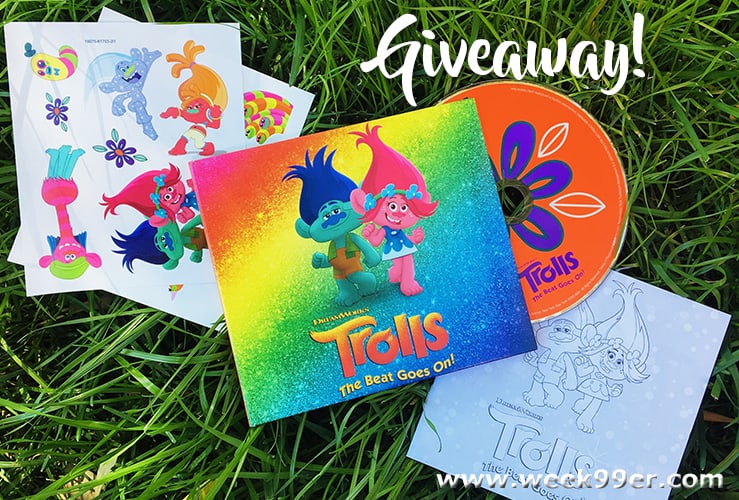 Have you been dancing along? DreamWorks Trolls: The Beat Goes on Season 2 is now on Netflix and it’s full of great songs your kids will love and you will too. We’re so excited about the new season and the fun new episodes that we’re having a giveaway with the soundtracks from Season 1 and Season 2. Not only do you get the soundtrack, but it comes with stickers and coloring sheets that your kids will love. But we also have 2 blind bags with toys inside (which troll is inside is not guaranteed, but that’s part of the fun!

About DreamWorks Trolls: The Beat Goes On! Season 2:

Time to whip out your dancing shoes and microphones because DreamWorks Trolls: The Beat Goes On! Season 2 is available on Netflix!

This season, Poppy, Branch and the Snack Pack live it up with all new glitter-rific festivities and adventures, like taking part in the Annual Party Games, battling in an epic village-wide pillow fight, and rapping in an open mic compliment battle.  As they celebrate Troll Village with new critters and new songs, the party is just beginning.

How Can You Win?
Enter to win with the form below. Who is your favorite character from DreamWorks Trolls? or Who would you share this prize package with? If you do not do this entry – you will not win! So make sure you leave a comment and then enter using the form below!

16 thoughts on “DreamWorks Trolls: The Beat Goes On! Season 2 is Here and We Have a Giveaway! #DWTrollsTV”