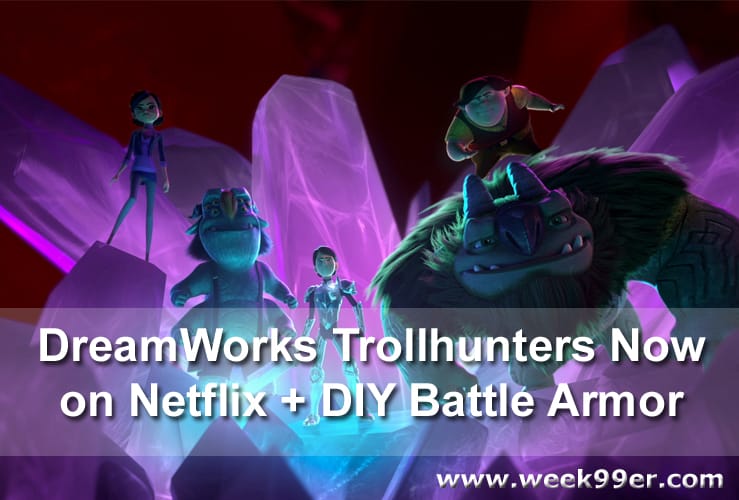 Have you checked out DreamWorks Trollhunters yet? The show premiered on Netflix last week, and is amazing! The show follows ordinary teenager Jim Lake Jr. who inadvertently discovers an extraordinary secret civilization of mighty trolls beneath his small town of Arcadia. Filled with battles, intrigue and amazing animation Trollhunters is going to be your family’s new favorite show. We have a couple great clips from the show and a free printable DIY for Battle Armor and Sword. Click and print it out for a fun DIY activity while you watch the show that is now streaming on Netflix! 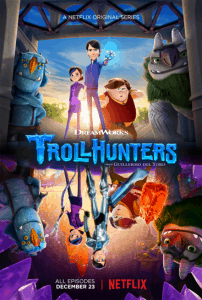