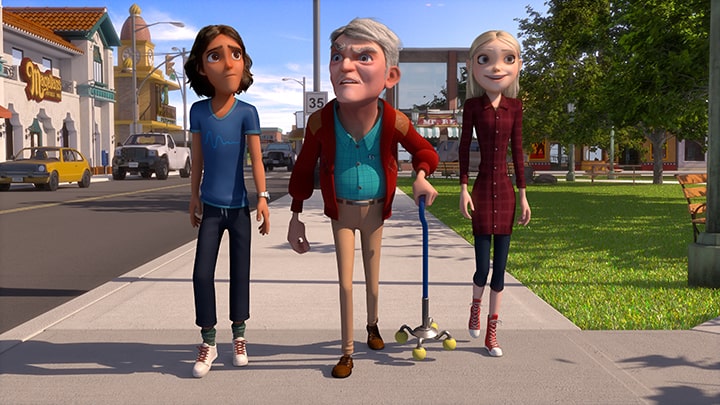 The Tales of Arcadia is continuing with the latest show in the Guillermo del Toro trilogy. We’re excited to see some of our favorite characters return from Trollhunters int his new series when the monster world starts breaking into the real world. Get ready to see aliens, monsters, trolls and humans in the same place. Yesterday, as part of the DreamWorks panel, Guillermo del Toro surprised attendees with a preview of the latest in the series 3Below, with a special teaser trailer, cast interviews and even a launched date.

3Below will premier on Neflix on December 21st.

About Dreamworks 3Below Announcement at New York Comic Con: 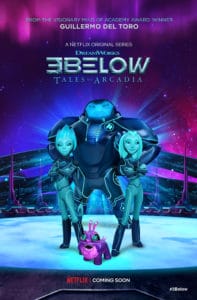 Yesterday, a special first look of DreamWorks Tales of Arcadia: 3Below the second chapter in the DreamWorks Tales of Arcadia trilogy took place at New York Comic-Con inside Madison Square Garden in front of a packed audience. Creator and executive producer Guillermo del Toro (The Shape of Water) was joined by voice talent Diego Luna (Narcos: Mexico), and fellow executive producers Rodrigo Blaas, Marc Guggenheim and Chad Hammes. The panel, along with moderator Whitney Matheson, unveiled the all-star voice cast including Glenn Close (The Wife) who made a surprise appearance!

Fans of the 7 time Emmy®-winning Trollhunters can expect to find several familiar faces in 3Below when two royal teenage aliens, and their bodyguard flee a surprise takeover of their home planet by an evil dictator and crash land in Arcadia. Now on the run from intergalactic bounty hunters, they struggle to blend in and adapt to the bizarre world of high school all the while attempting to repair their ship so they can return and defend their home planet.