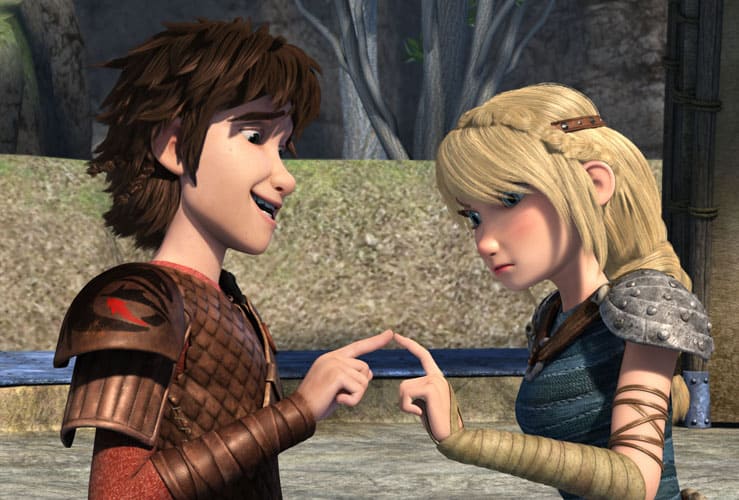 As soon as DreamWorks Dragons: Race to the Edge came to Netflix we loved it. The first two seasons were meant to fill the gap between the How to Train Your Dragon movies. But when we interviewed the writers, they didn’t know if it would go past the second season. But the high quality graphics and fan requests win and the third season is coming to Netflix this Friday! Join all of your favorite characters for the complete third season with binge worthy episodes finding new dragons and expanding the world around Berk. We can’t wait!

About DreamWorks Dragons: Race to the Edge Season 3:

Hiccup and Toothless are back along with your favorite Dragon Riders in an all-new action-packed Season 3 of DREAMWORKS DRAGONS: RACE TO THE EDGE.  The high-stakes continue as the Riders advance in their hunt for Viggo, Ryker and their expanded Dragon Hunter army.  Tune in as the Riders encounter new dragons, a seemingly reformed Dagur, an underground Dragon Fighting arena, and learn along the way that Viggo has a Dragon Eye and dragon fortress!

“New Dragon Revealed: Singetail”
You can’t sneak up on a Singetail, but it can definitely sneak up on you. Will it get the best of Hiccup and Snotlout?

“Buffalord”
The riders discover the rare Buffalord dragon while searching for a cure for the Scurge of Odin.Turns out moving it is even harder than finding it.

You can watch an all-new season of Dragons: Race to the Edge on Netflix June 24.

Tags: Dragons Race to the Edge, dreamworks, how to train your dragon, Netflix, Season 3