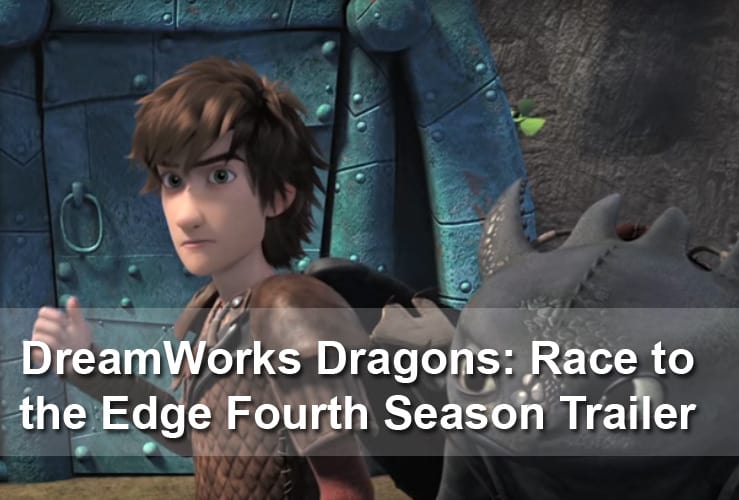 Few other DreamWorks titles have gone onto the success as the How to Train Your Dragon empire. Spinning off two movies, animated shorts and it’s own Netflix series Dragons: Race to the Edge – it has fans hooked. We love the series and the new dragons that are introduced each season. Next week, DreamWorks and Netflix are releasing the fourth season of Dragons: Race to the Edge and they’ve released a fun trailer and more information about the new season.

Check out the Season 4 Trailer below:

About DreamWorks Dragons: Race to the Edge Season 4:

The fate of Hiccup and the Dragon Riders is left in the hands of the mysterious Mala and the Defenders of the Wing, as they work to prove their innocence and create an unlikely alliance. With his elaborate and sinister plans beginning to take shape, Viggo will stop at nothing to get the Riders out of his way, including putting a pricey bounty on Hiccup’s head. The battle against the Dragon Hunters rages on when Season 4 of DreamWorks Dragons: Race to the Edge premieres exclusively on Netflix February 17.

Tags: Dragons Race to the Edge, dreamworks, how to train your dragon, Netflix, season 4