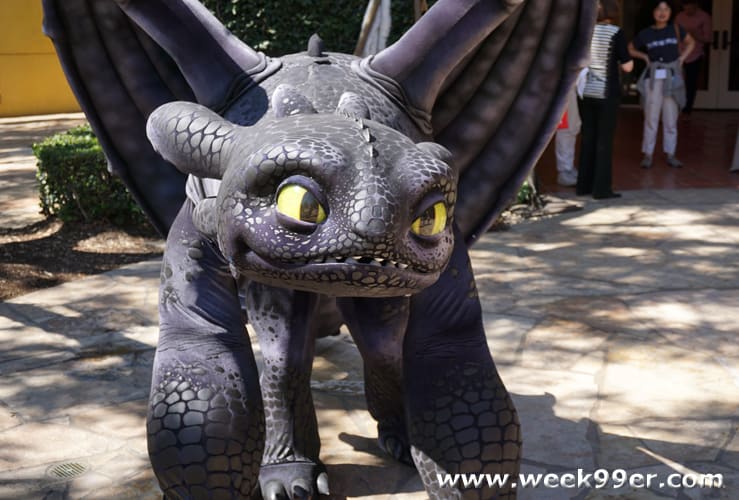 There is no denying that How to Train Your Dragon is one of DreamWorks biggest franchises. Loved by children and adults alike, the Dragon franchise currently includes two feature films, as well as two seasons of The Riders of Berk. On the 26th, in a new partnership with Netflix, DreamWorks is releasing 13 episodes of Dragons: Race to the Edge, a prequel to the second How to Train Your Dragon movie. 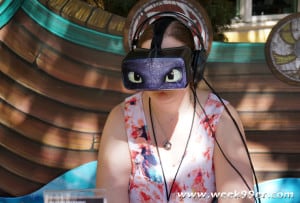 Last week, I was invited to DreamWorks Animation Studios in California to check out the new Dragons show, meet Toothless, learn about the new dragons, check out great learning apps based around the show and even ride Toothless using Oculus Rift! The Media day started with breakfast, and then a viewing of the first two episodes of DreamWorks Dragons: Race to the Edge. 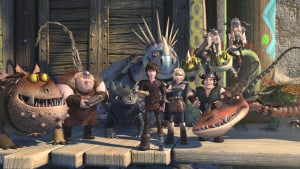 If you are a fan of the How to Train Your Dragon movies, you know that between the first two movies time jumps by a few years. The hero Hiccup jumps from being a young boy and teen to an adult. Berk goes from a small city that just went through a major battle, to one that is advanced and at a time of peace. There’s a lot that happens before the second movie, and that’s where Dragons: Race to the Edge steps in. Set a year and a half before the second movie, you join the same characters and dragons you love from both of the movies. 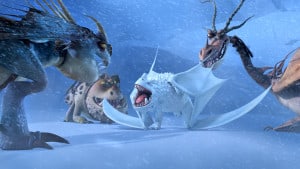 Dragons: Race to the Edge not only brings back your favorite characters, but many of the actors who voiced them for the movies.  Jay Baruchel resumes his roll as Hiccup, as does America Ferrera as Astrid. Both Christopher Mintz-Plasse and T.J Miller return as well as Fishlegs and Tuffnut respectively.  The new episodes bring the same talent and voice actors to bring the same feeling as the original movies and add in two new players tot he voice cast: Andree Vermeulen as Ruffnut and Zack Pearlman as Fishlegs. 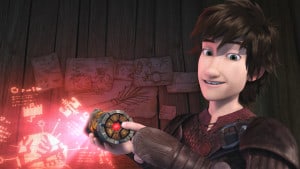 DreamWorks Dragons fans will be thrilled with the new series. Unlike shows that have made the transition in the past from big screen to small screen, there isn’t a loss of quality or authenticity. The team at DreamWorks Animation studio are using the same software, creative direction and talent to bring Dragons: Race to the Edge to Netflix. Each episode is a short movie that pushes the animation to the limits, while taking the viewer deeper into Berk and the surrounding area.

I absolutely loved the first couple episodes we were able to view last week, not only did they have the same feeling as the movies but they help close some loops between the movies. With the introduction of new characters, new dragons, and new animation techniques this series will not disappoint. The first episode does explain the time difference, but for younger viewers may confuse them some. There are all of the characters from the first film, even some who do not make it to the end of the second film.

DreamWorks Dragons: Race to the Edge will premier on Netflix on June 26th. You can check out a new trailer below, and remember the best thing about it being on Netflix – you can watch them back to back without waiting!