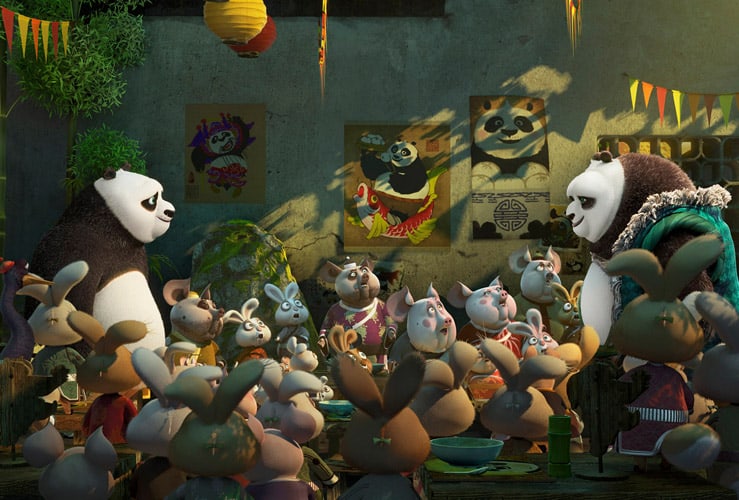 Today everyone’s favorite panda is back in theaters! DreamWorks is bringing the third installment of the Kung Fu Panda series to the big screen and continues the story of the Dragon Warrior. When Kung Fu Panda 2 ended, it showed you Po’s father realizing he’s alive – it left fans waiting for the sequel to finally get to theaters. We were invited to watch a preview of the movie a couple weeks ago, and re-arranged our schedule so we could enjoy it and see how the story continues. 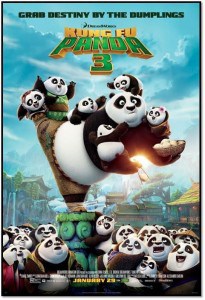 Kung Fu Panda 3 continues Po’s story, not only does he continue his education as the Dragon Warrior by moving into the role of being a teacher, but also to find his personal Chi. At the same time, his father finally finds him and he begins to reconnect with his Panda side to find out who he is completely including his past as well. The movie covers the Kung Fu aspect you’d expect, but also the father and son relationship between Po and his father Li and his adoptive father Mr. Ping. Po is also going against the biggest foe yet – Kai – who is taking the Chi power from the masters of Kung Fu to dominate the world. 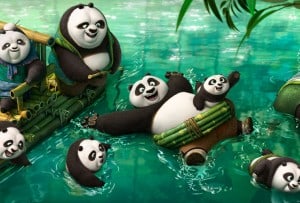 Besides being a great addition to the original series, Kung Fu Panda 3 doesn’t lag anywhere with animation or story. It is also the first animated movie to have two different movies done with different actors for the US market vs the Chinese market. This change was done for cultural differences as well as dialog differences and needs for the market. This includes full re-animation of the movie so that the “mouth flap” of the characters match the characters and motions as well. The Mandarin version of Kung Fu Panda 3 will only be released in China, although it has the interests of many US movie goers peaked as well!

Kung Fu Panda 3 is rated PG and has a total run time of 95 minutes. It is suitable for children of all ages.

Check out images from the Detroit Red Carpet event for the Kung Fu Panda 3 Premier: