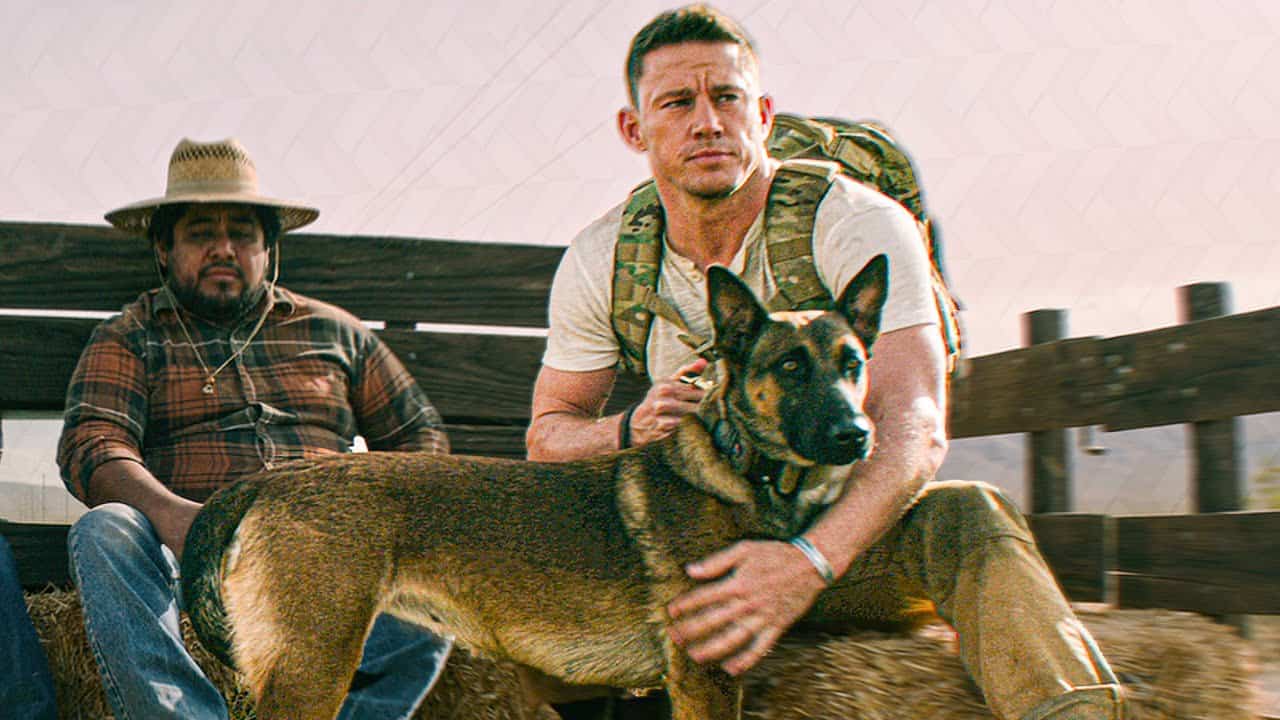 Maybe I’m missing the comedy aspect to the movie. Yes, Dog, the new Channing Tatum movie has some laughs in it. But at the heart of the film, it’s really more about PTSD, re-entry and other issues former soldiers and even their trained service animals go through. While Dog is billed as a buddy comedy (which we wont even discuss how off that is), the movie should be listed as a drama or something else.

Dog follows the story of former Army Ranger Briggs and what happens to him after he’s no longer in the service. Following a closed head injury, he struggles to get a job he wants without his former Sargents recommendation. In order to do that he has one major task, take his former friend’s service dog to his funeral several states away. It’s after their service time, it’s after their deployment and it seems that everyone has forgotten not only Briggs and other veterans but Lulu and the service she did as well. Without her former owner, she’s lost and becomes aggressive and is treated just like a tool – much like former service members.

The movie tag line implies that the movie is about Briggs, who is unfit for human interaction, and a dog. But the real disservice it does here is implying that Briggs, like many other veterans who have been discharged, don’t have real issues to overcome and are not given the resources we know they need. Tatum’s character is shown struggling to make it and to find a job that he thinks he can do, and have the life he wants. It does show he struggles with relationships with his ex and his daughter – but only gives surface-level reasons. This doesn’t make him unable to have a human connection but it does show the mistreatment and disconnect from society that many veterans feel.

Where is the comedy in this? Am I missing something?

Let’s talk about Lulu a second too. Her part in the movie is as much a cog in the system as Briggs feels. And while her mistreatment by the service members and plants to be “retired” are made – you feel for her. Yes, she has parts that make you laugh – pet videos aren’t one of the most popular topics on social media for no reason. Others make you hurt for her. And her mistreatment by the system is just as apparent as it is for others who struggle after their discharge.

Normally when it comes to movies with a dog on the poster – it’s a hard pass for me anyhow. I know they’re going to make me cry one way or another and it usually is from the loss of the dog. While Dog does make you tear up – you can be relieved to find out that the movie does have a softer ending than most other movies about pets with big personalities. If you need to know for sure before you go into the theater – check out Does The Dog Die for any major triggers as well.

The comedy aspect of Dog seems few and far between compared to a much bigger message here – how discharged service members and animals are treated after the fact. I think the movie overall was supposed to be a light and fluffy film but instead came at you with a message and ending that will leave you thinking about ways these systems might need changed.

Dog is in theaters now.

DOG is a buddy comedy that follows the misadventures of two former Army Rangers paired against their will on the road trip of a lifetime. Army Ranger Briggs ( Channing Tatum) and Lulu (a Belgian Malinois dog) buckle into a 1984 Ford Bronco and race down the Pacific Coast in hopes of making it to a fellow soldier’s funeral on time. Along the way, they’ll drive each other completely crazy, break a small handful of laws, narrowly evade death, and learn to let down their guards in order to have a fighting change of finding happiness.