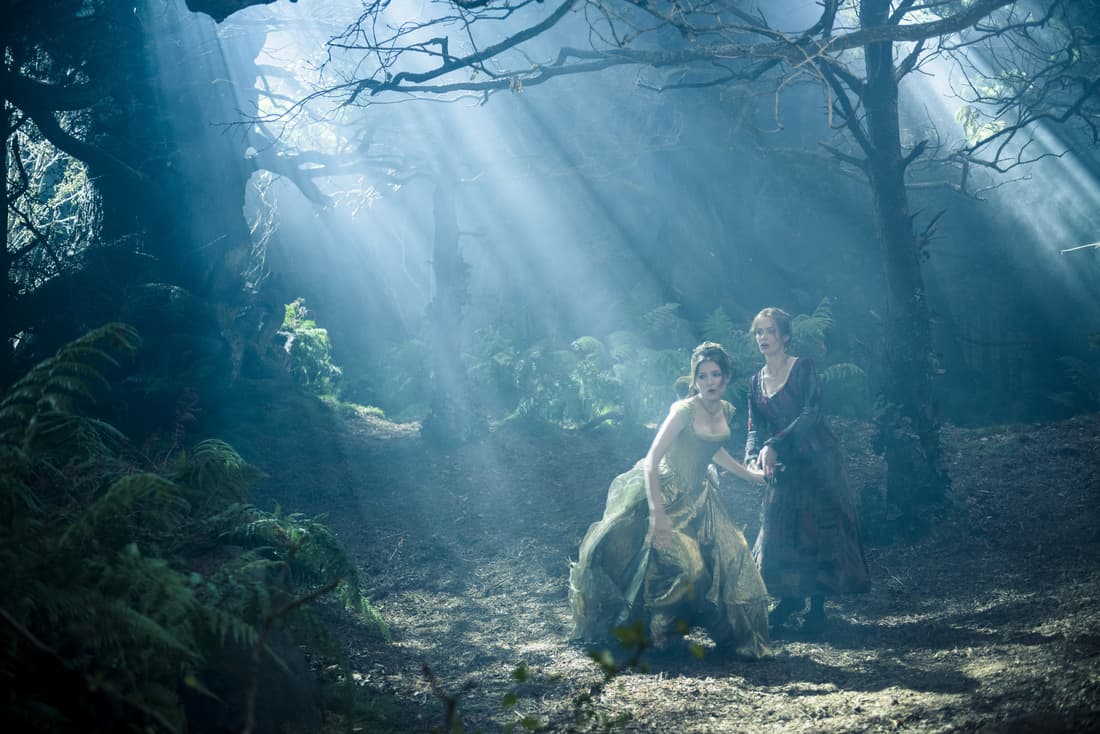 Into the Woods is Disney’s newest movie release for the holidays, but it made me leave the movie wondering what was missing. The movie fits well with line of live action fairy tale movies that Disney has been releasing in recent years, and is a musical movie as well. I went to the preview of the movie not knowing much other than what I saw in a short trailer of the film, and I think that might have been a good way to go see the movie – without any expectations.
All fairy tales seem to be tied to the woods in one form or another, and Into the Woods ties a bunch of the classical stories together. You will see Red Riding Hood, Jack and the Bean Stock, Rapunzel, and Cinderella  tied together as a young couple go into the woods and try to reverse a curse from the evil witch.

Based on Into a musical with music and lyrics by Stephen Sondheim and book by James Lapine, the two hour (plus) movie has some extremely cheesy, genuinely  funny and heart felt moments. With an all-star cast including Johnny Depp, Anna Kendrick, Meryl Streep, Chris Pine, Emily Blunt and Christine Baranski, the movie takes you into the deep darkness of the woods as all of the characters wish for a change in their life.

I’ll try not to include any spoilers below, but I have to say in my opinion this was not Johnny Depp’s strongest roll, and the lyrics and movements in his scene made him look like a predator of a child of a whole nother type. The rest of the cast provided a strong rolls and great moments on the screen. There is a point in the movie that it seems like everyone may have achieved their wish and we all expect the happily ever after to be the end of the movie. Instead, the movie continues for another 30 minutes and seems to drag from that point on. I’m not sure if it’s the disappointment that the stories don’t end how we know and expect or just the story from that point on.

But after all of that, one thing I do enjoy about the movie is the use of the Grimm fairy tales. Unlike most sanitized Disney versions, the movie stays (mostly) true to the original Grimm stories. With princesses cutting off parts of their feet to others being blinded by an angry witch. I love the original stories, so it was nice to see that on the screen for once instead of just singing mice.

I’m torn on if I liked the movie or didn’t, and while it’s expected to do fantastic at the box office this holiday season, I’d say I liked it up until the last quarter of the movie.