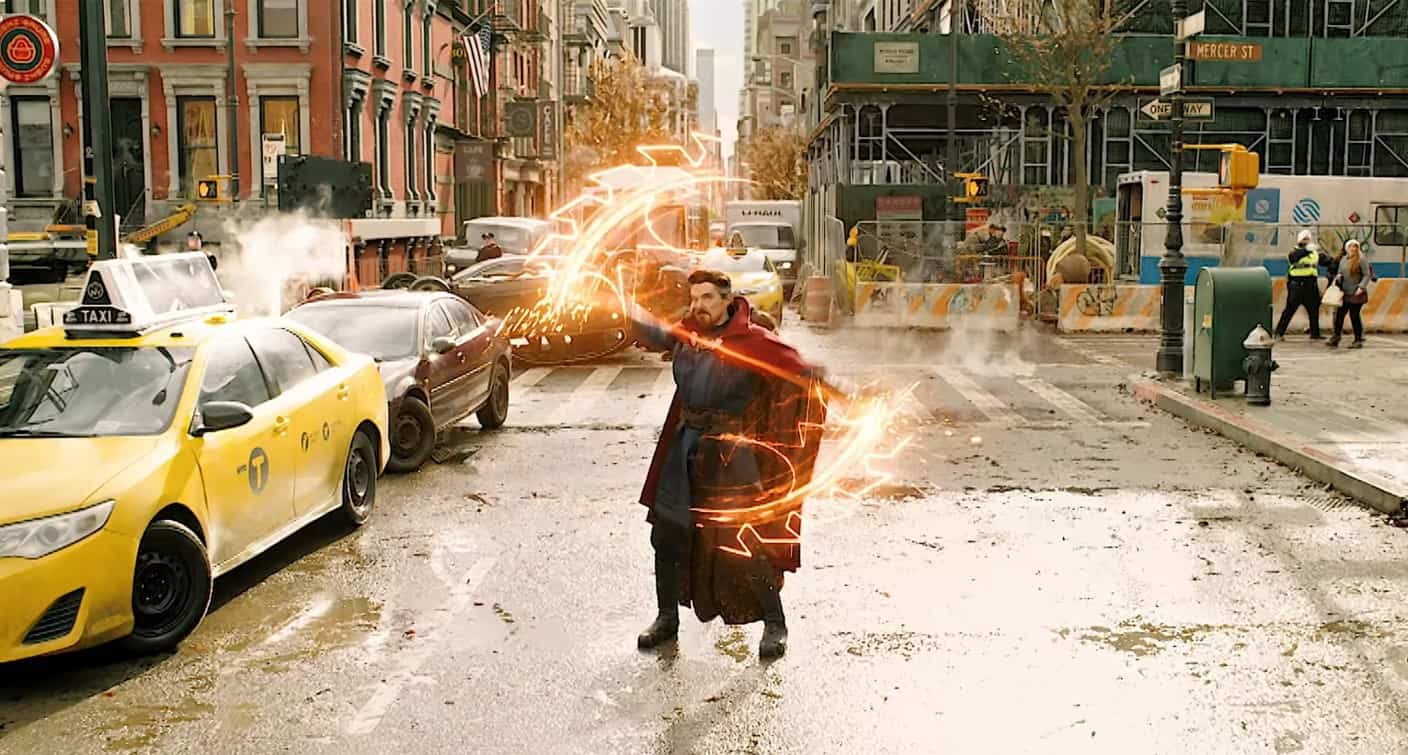 Marvel has been dancing around the Multiverse for a while now. From the first moment Doctor Strange took on Dormammu, to End Game, What If, and even the latest Spider-Man movie. And no one else is up for the battle against multiple dimensions like Doctor Strange.

The original Doctor Strange brought a Marvel movie unlike any other to the screen. With psychedelic trips, mystical arts, and even a soundtrack that is perfectly crafted to go with a movie that has such a different feeling it could stand on its own. Just watching the trailer of Doctor Strange in the Multiverse of Madness, we know we’re in for a ride and really, there are no limits of where this movie can take us.

Scary and Dark – This is a Different Chapter for Marvel

Doctor Strange in the Multiverse of Madness is being released into the MCU listed as a horror-action film. And Sam Raimi directing the movie, it’s not a shock that the movie is taking on a darker feel overall. We’re not talking about just mystic arts and death in this film, although there is a lot in this one. We’ve also got zombies, ghosts, monsters, and much more than we’ve seen in any other Marvel release so far. There are parts that are scary enough that younger viewers should be warned before heading to the theater – but only a couple jump scares throughout the film. The movie is rated PG-13, but the horror movie elements may make this harder on younger viewers.

But it’s not just the creatures that make Doctor Strange in the Multiverse of Madness a dark film – the movie deals with a lot of big and deep issues. Not only is Doctor Strange struggling with the “what ifs” and consequences after the snap and what life now looks like, but so is everyone else around him. The events of End Game affected everyone who were snapped away or the ones who were left behind, and life slowly moved on afterwards.

Not everyone is ready or willing to move on, and that is creating the real darkness in the movie. Doctor Strange in the Multiverse of Madness is a shining example of what grief can do to someone and the extremes people can go to trying to avoid it. This darkness is what overwhelmingly pulls the story through, and keeps the darkness building.

It’s been a while since we’ve seen so many of the characters that appear in Doctor Strange in the Multiverse of Madness. Yes, there are new character introductions and returns of favorites like Wong and Christine – both of which have larger roles than in the past. But other older Marvel franchises and ones we haven’t seen brought into the MCU since the relaunch (officially) at least come into the fold in this movie. Similar to Spider-Man: No Way Home, there are moments fans have been waiting for and things you will applaud seeing these crossovers finally happen. Don’t expect every one of your favorite characters to come back or ones that have headlined Marvel films in the last decade or so, but important or pivotal cross-overs are key in this story.

While the Marvel movies aren’t coming out as fast as they were in the past, Disney seems to be keeping fans busy with their Disney+ releases. Doctor Strange in the Multiverse of Madness is the first major movie release that leans heavily on some of the information from these limited series. Yes, we’ve seen spoilers on Agents of Sheild with the original Avenger movies, but this time the movie not only acknowledges these series but major plot points.

If you’re heading in to see Doctor Strange in the Multiverse of Madness, hopefully by now you’re up to date on all of the major Marvel movie releases. The obvious choice would be to have seen Spider-Man: No Way Home before heading to the movie. Morbius is still a bit fresh in releases to play too much into this phase of the MCU, but that darkness from Morbius seems to be in the movie too. While we know that Endgame and those events are going to be pivotal to this storyline, the original Doctor Strange movie – what we didn’t expect is how heavily shows like Wanda-Vision and What If might actually play into this story. If you haven’t already seen these series, it may be time to catch up before you grab those theater tickets.

By now, there should be no question if there is an end or mid-credit scene in a Marvel film. Even the Sony released Marvel films have them. With twenty-three movies so far in the first three phases of the MCU, and Doctor Strange in the Multiverse of Madness officially kicking off phase four, fans know (we hope) to stay seated through the credits for spoilers, character introductions, and more. And of course, this movie is no different than the rest – there are two post-credit scenes you need to stay in your seat for.

Don’t worry, this movie seems to have finally shaken off the post-pandemic movie bloat, and even with the sitting through the credits is coming in at 2 hours and 6 minutes. Since the story is a bit, all over the place, there really aren’t a lot of great spots for bathroom runs but sitting through the whole film is worth it.

Doctor Strange in the Multiverse of Madness is in theaters on Friday – and finally brings back the excitement we felt in the original phase of releases.

About Doctor Strange in the Multiverse of Madness: