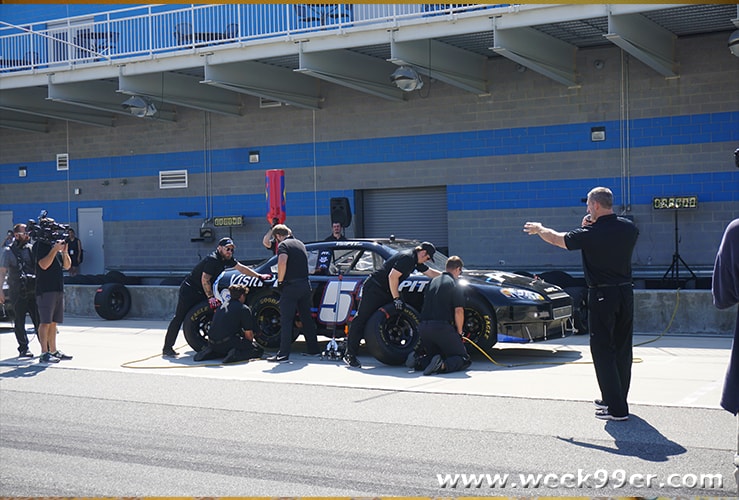 Did you know that the average time it takes a PIT crew to change all 4 tires on a race car and fuel it back up is under 12 seconds? It doesn’t seem like it’s possible, but with some training you can get learn how it’s done. Part of our trip to North Carolina for Cars 3 included a trip to PIT Instruction and Training for a team building experience in PIT Crew U. 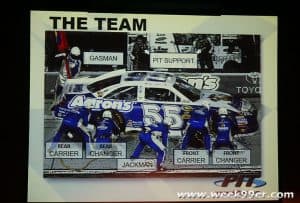 PIT Crew U is takes a group of people and turns them into a quick moving team. It’s through using the different stations of a PIT Crew that you learn to move quickly as a team. A team of six learns how to change all four tires, and includes a rear carrier, a rear changer, a jackman, a gas man a front carrier and a front changer.

After learning our positions (I was a jackman) we had a bit of competition with the other bloggers and media outlets who could change the tires the fastest and who’s car could get on the ground quicker. Our team’s first round we were able to change all four tires, fuel up and get back to the wall in just over 1 minute and 30 seconds. Which compared to a professional team is a lot.

After four rounds of competing, we were down to 1 minute. The times were getting better each time we did the PIT stop, and our team started to get better each time as well. We became a well oiled machine and what it takes to make a successful PIT stop. We all left with the feeling of accomplishment, and that we could do more than change a tire if we were in a pinch.

Performance Instruction and Training is where actual PIT crews train for the track, and where they can take it to the next level for 5 Off 4 On Race Team Performance Training. Do I think I have what it takes to be in a PIT crew? Probably not, although I was happy with our teams results and how well we ended up doing overall!

Find out more about Pit Crew U and See More pictures from our experience below:


About the Cars 3 at home release: