Disney is so much of our lives that we often think that it’s been around forever. And while it was officially launched in 1923 with Disney Brother Cartoon Studio, the theme parks that are the dream destinations for millions came much later. In July of 1965 the first, Disneyland opened its gates and has entertained millions each year since. This summer, Disneyland has kicked off it’s Diamond Celebration, bringing an added level of glitz and glamour. 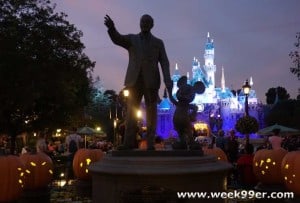 As a child I went to Disney World in Florida, but last week I was invited to visit Disneyland and enjoy the beauty and magic of their Diamond Celebration. And what beauty it is! Both the main Disneyland Park as well as California Adventure are decked out with extra diamonds, glitter and there’s even a new amazing light and firework show. Your favorite characters are still at the park, but in special limited edition outfits.

Reaching any milestone anniversary is fantastic, but for the millions of people that walk through the gates of Disneyland each year the 60th anniversary is a special one. Hints of the Diamond Celebration can be seen on your tickets, on every entrance, in special meals and even in special features at the park. As part of the celebration, Disneyland has launched their Paint the Night parade, featuring 1.5 Million individually controlled LEDs – and it’s a sight to be seen! Directly following the parade is an all new spectacular firework show, that takes the nightly firework show to the next level. You will experience the magic and awe in both of the new shows, and will make you feel like a child at heart. 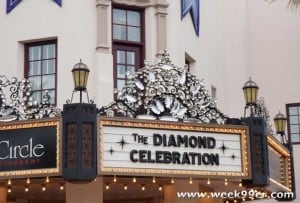 I had an amazing and magical time at Disneyland. The trip to Disneyland brought out the inner kid in me, and I was amazed at the rides and the magic within both of the parks. Just the amazing amount of work, technology and fantasy that makes to go into the park attractions and rides. Check out a glimpse of the rides and wonder we experienced at Disneyland

If you want to share your own Disneyland celebration, Disneyland has created a fun 60th anniversary video you can add your own photos to. You can find mine below and make your own on MyDisneylandVideo.com

3 thoughts on “Disneyland Brings their Diamond Celebration to Life #Disneyland60”