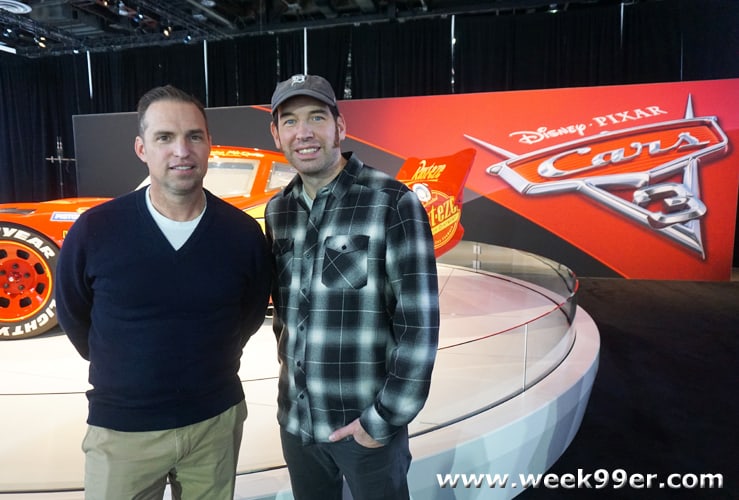 We all love the Cars movies, but most people don’t know that the films were dreamed up at NAIAS here in Detroit. With auto guys at heart and a cross country road trip by John Lasseter with his family – the idea was sparked and the film franchise began. Now, as the third movie is slated to come out this summer, Disney and Pixar came back to NAIAS with designers and artists to celebrate with fans and announce new characters. The Pixar team includes a very special appearance of Lightning McQueen, John Lasseter, Jay Ward and Jay Shuster.

While at NAIAS I was able to talk with both Jay Ward and Jay Shuster of Pixar to ask them some questions about the latest movie. There are things that fans want to know, and since so little has been released about the film yet, we were able to ask some of the pressing questions.

Cars 3 has a strong female character, Cruz Rameriz, is there is a reason that she’s a trainer and not on the race circuit? 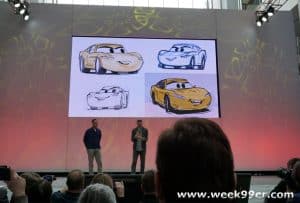 Ward: Well you don’t know a lot about Cruz Rameriz yet – there’s much more than just a trainer. She’s a very strong character. We love Cars, and we both have daughters who love Cars as well, so having a strong female character is important. I think Pixar has done a decent job trying to have strong female characters, but Cars is going to ramp that up.

Part of the premise is a great racer can come from anywhere, it can be male or female. The most important thing is what’s in their heart and what they’re doing. And Cruz is a great character for that. Cruz is going to come from nowhere and show you things you didn’t expect. Much stronger character than you even realize.

Jackson Storm people love for the design and the baddie element, but Cruz is resonating with people.

She’s not a side kick in this movie, she’s partnered with McQueen for this journey together. That’s what I love, she’s on this really incredible journey that pays off in the end.

Is Cruz Rameriz the new love interest in the movie?

Ward: She is not a love interest – Sally wanted me to make that clear. 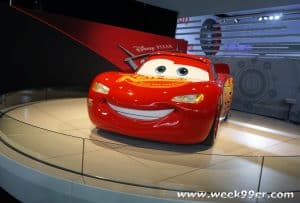 So Sally going to be in the movie?

Ward: Yes, very much. Sally, Mater and the whole gang are in the movie. But they stay in Radiator Springs while McQueen is on the road going to battle against Jackson Storm. Cruz has partnered with him as trainer, partner, friend and there is a lot of mentorship in there too.

There really isn’t a lot out there right now about the film – is there a reason for that?

Ward: Yes, we really wanted to ease into this film. We wanted to cleanse the palate and set up expectations of this film. We have new things we want to say and do. This film gets back to the heart of the what fans love about Cars. It’s there in spades. I think in ways this film is the strongest film of the three, emotionally and story wise.

The movie seems more mature than the originals – is it too much for younger kids?

Ward: The younger kids wont be be freaked out by the movie or scared. One of the things we pride ourselves on at Pixar is making a movie that everyone in the family can enjoy. The parents have a good time, the kids have a good time – the older kids act like they’re too old for it – but they’re not.

What is the reason behind having Cars 3 and Lightning McQueen here in Detroit for NAIAS? 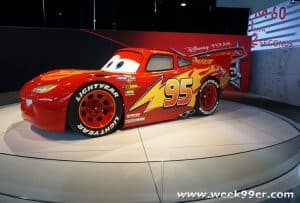 Shuster: I grew up here – in Pontiac and Birmingham. Growing up and going to NAIAS every year, knowing about auto design. I knew it from this world, I took it to Pixar. They taught me to design characters and bring them to life. Jay Ward is the keeper of all of the Cars world, and he knows all of the model numbers for car parts imaginable.

Everyone in the family enjoys the Cars films, is that why there is a third in the series?

Ward: That’s what we wanted to get back to – make it a great film that everyone will love.

Is there an underlying theme or message in the new film?

Ward: For McQueen we were looking at a racer who’s been on the scene for a while getting back into it. Where does he go from there? A come back story. But the theme that will come out will be mentorship. A lot of the film is based on relationships between characters. You have to pay that forward.

Doc was McQueens original mentor is that referenced in the movie?

Ward: Yes, we actually meet Docs crew chief in this film which is really cool. Doc passed away in Cars 1, and no one could replace Paul Newman who did his voice. But we have some actual clips from when we were creating Cars 1 that we can use in this film.

Jay Ward and Jay Shuster won’t be staying at NAIAS throughout the whole show, but don’t worry Lightning McQueen will – it’s the perfect time to bring your kids down to see the updated version of the character in person!