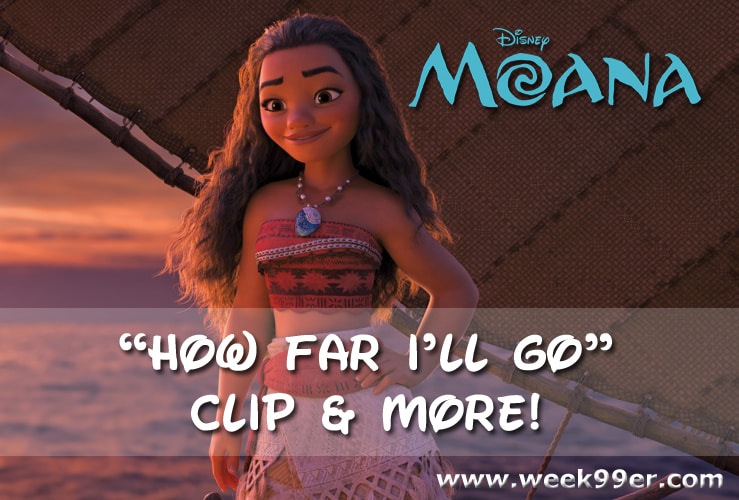 Moana is shattering records at the box office and this week it was nominated for two Golden Globes this morning including Best Animated Feature and Best Original Song for “How Far I’ll Go”. The movie is full of heart, passion and will be an instant favorite. Disney is sharing the clip of How Far I’ll go with fans as well as reactions to the nominations below:

“In our 40-year careers, no film has been such a labor of love or more satisfying than ‘Moana,’ about a young girl who saves the world. We’re so deeply honored that the hard work of the artists and cast is recognized by the HFPA.”

“Gracias. Merci. Grazie. Danke sehr. Mahalo. Thank you Hollywood Foreign Press Association for this tremendous honor. Congratulations to my fellow nominees. Over two years ago, I was lucky enough to have been given my dream job, writing songs for a Disney animated film, alongside the amazing Opetaia Foa’i & Mark Mancina. Today, for Moana to be recognized for what we created is truly beyond comprehension. ‘How Far I’ll Go’ not only embodies the spirit of our heroine but the central lesson from the film—dream big, listen to your gut, don’t give up, never forget where you came from, and one day you might just save the world.”

We Know the Way: