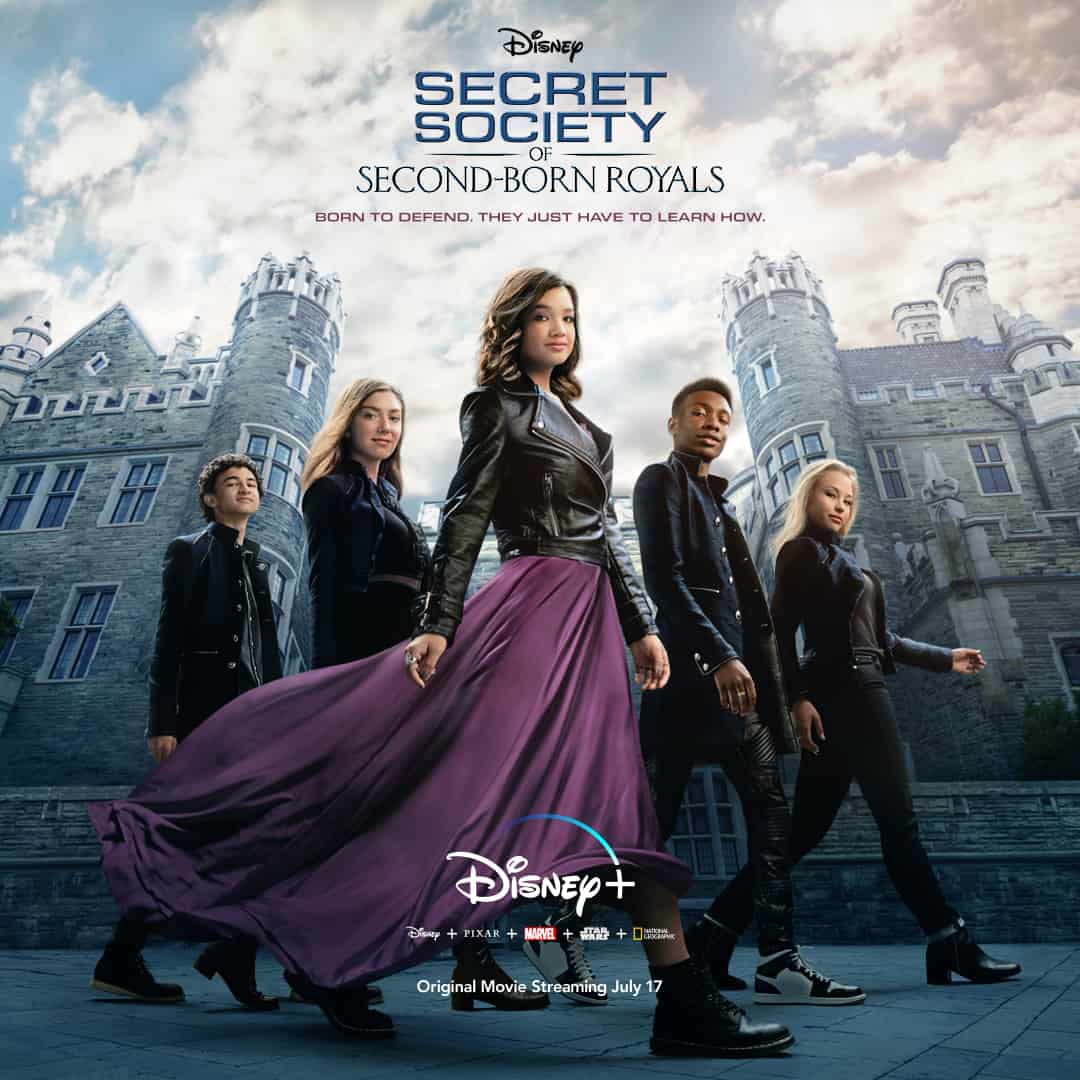 The new live-action Disney+ original movie, “Secret Society of Second-Born Royals,” will stream exclusively on the service starting Friday, July 17, 2020.  Below is a link to view the trailer for this cinematic movie that combines the allure of royalty with the action-packed adventures of superheroes-in-training.

Peyton Elizabeth Lee (“Andi Mack”) leads a dynamic ensemble cast of royal recruits who inspires audiences of all ages to forge their own destinies and tap into their inner superheroes.

“Secret Society of Second-Born Royals” follows Sam, a rebellious teenage royal who unknowingly develops superpowers from a genetic trait attributed only to second-borns of royal lineage. Second-in-line to the throne of the kingdom of Illyria, Sam constantly questions what it means to be royal and wants to create her own legacy. Unlike Sam’s picture-perfect older sister Eleanor who will become the next queen, Sam would rather rock out with her bandmate and best friend Mike at an illegal protest or ditch a royal engagement for a wild night out.

Fed up with her daughter’s misbehavior, Queen Catherine sends Sam to a summer boarding school where she and four other second-born royals – Tuma, Roxana, January and Matteo – discover they have unique super-human abilities and are invited to join a secret society with a longstanding tradition of covertly keeping the peace. With a new sense of purpose and a little help from their Secret Society instructor James, Sam and her fellow royal recruits must learn to harness their newfound powers and work together as a team before they can save the world.

Starring is Peyton Elizabeth Lee as Sam; Skylar Astin (Zoey’s Extraordinary Playlist”) as James; Olivia Deeble (“Home and Away”) as Roxana; Niles Fitch (“This is Us”) as Tuma; Faly Rakotohavana (“Raven’s Home”) as Matteo; Isabella Blake Thomas (“Once Upon A Time”) as January; Elodie Yung (“Daredevil”) as Queen Catherine; Ashley Liao (“Always Be My Maybe”) as Eleanor; Noah Lomax (“Trial By Fire”) as Mike; and Greg Bryk (“Handmaid’s Tale”) as the villainous Inmate 34.

“Secret Society of Second-Born Royals” is directed by Anna Mastro (Marvel’s “Runaways,” “The Bold Type”) and executive produced by Zanne Devine (“I, Tonya”), Mike Karz (“Valentine’s Day”) and Austin Winsberg (“Zoey’s Extraordinary Playlist”) with Juliana Janes (“Butter”) serving as co-producer. The teleplay was written by Alex Litvak (“Masters of the Universe”) and Andrew Green (“Hannah Montana”) and is based on an original story by Litvak, Green and Winsberg.

Disney+ is the dedicated streaming home for movies and shows from Disney, Pixar, Marvel, Star Wars, National Geographic, and more. As part of Disney’s Direct-to-Consumer and International (DTCI) segment, Disney+ is available on most internet-connected devices and offers commercial-free programming with a variety of original feature-length films, documentaries, live-action and animated series and short-form content. Alongside unprecedented access to Disney’s incredible library of film and television entertainment, the service is also the exclusive streaming home for the latest releases from The Walt Disney Studios. Disney+ is available as part of a bundle offer that gives subscribers access to Disney+, Hulu (ad-supported), and ESPN+. Visit DisneyPlus.com to subscribe and/or learn more about the service.