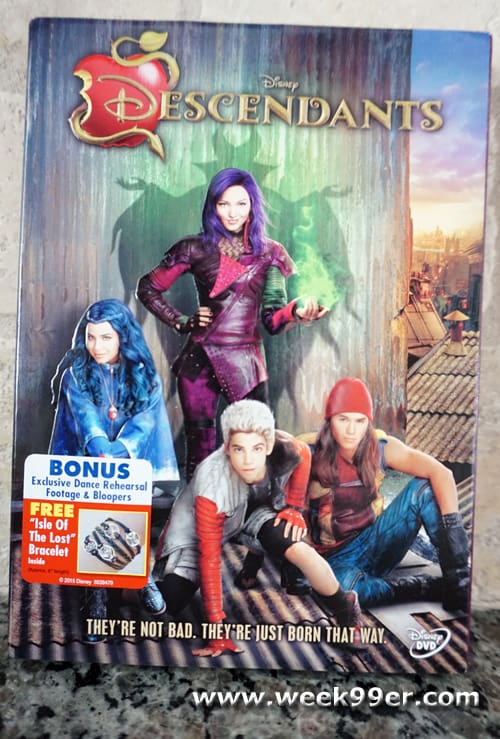 We’ve all grown up watching Disney fairy tales, and often have wondered what happened after “Happily Ever After”. But it’s not very often we questions what happened to the Villains, and if they had families of their own. Disney Descendants has the answer to some of those questions, and gives a fun new take on what it means to be the child of some of the worst villains in all of the realms.

Unlike most of the other Disney movies we know, Disney Descendants first aired on the Disney Channel, not in a theater. We missed the original showing but were happy when a copy showed up to be reviewed. I always love the different takes on movies and stories, that go beyond what you’d expect them to, and Descendants doesn’t disappoint.

What would you do if your mother was Malificent, the Evil Queen, Cruela de Vil or your father was Jafar? What would your future hold for you? All of the children of the most evil villains are raised on the Isle of the Lost, but when they reach a certain age they are sent off to Auradon Prep School. At their new school, not only are they put in the same classes as the Heroes children, but they have to make their own way in the world. Will the villain’s descendants help their parents with their plan for world domination, or will they start on their own paths?

Disney Descendants is now available on DVD and comes with bonus Exclusive Dance Rehearsal Footage and bloopers, as well as a free “Isle of the Lost” bracelet! It has a total run time of 112 minutes.