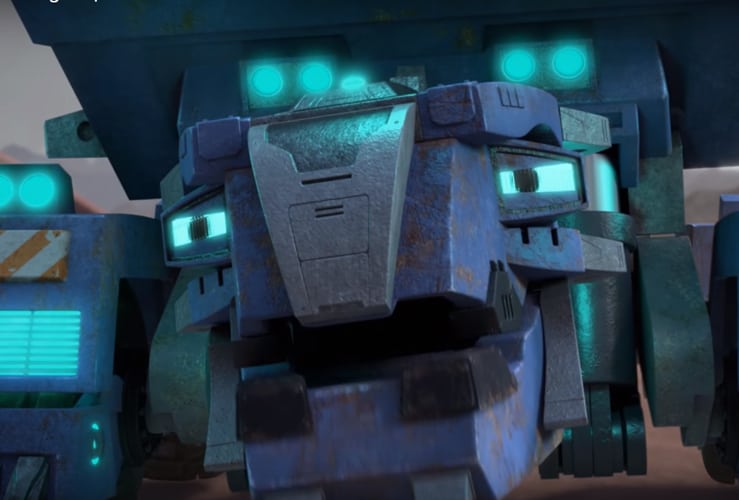 Ty, Revvit and the trux gang are back and better than ever! This weekend an all new DinoTrux series launched on Netflix – Dinotrux Supercharged. Our favorite characters are back and have all new powers from bitbugs. With these new powers not only are they supercharged, but they’re strong and can do more than they could in the past. No matter what powers they have the Dinotrux gang still focus on teamwork, friendship and helping each other out. The first season of DinoTrux Supercharged is now on Netflix and you can see two clips from the show below!

In Dinotrux Supercharged , Ty, Revvit and the trux gang discover that supercharger bitbugs that can make the trux bigger and stronger have been released in the crater. The trux gang harness the bitbugs’ power and find themselves transformed into all new supercharged avatars – faster, better and more powerful than ever before. Tricked out with cool, new supercharged features, the trux can perform supersized building and rescues and join together to stand up to their nemesis – D-Structs to protect the crater from destruction. This all-new series will present our favorite Dinotrux characters with a never-seen-before faster, bigger, better and stronger look as they come together to show us the true meaning of friendship, unity and teamwork. The new series is only on Netflix!