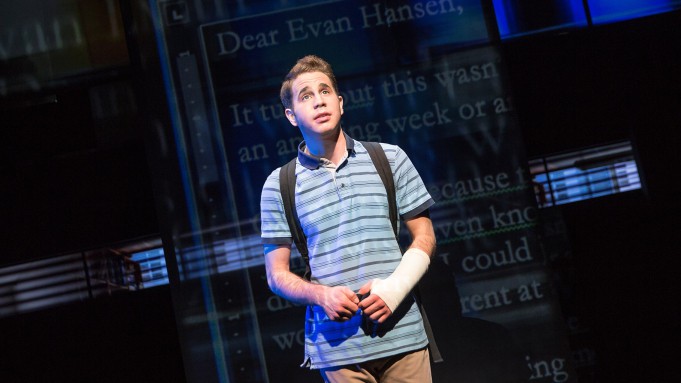 Described by the Los Angeles Times as a “cultural phenomenon,” Dear Evan Hansen comes to Detroit’s Fisher Theatre September 27 – October 9, 2022. In advance of the start of performances, the production announced today that it will host a digital ticket lottery offering fans the chance to purchase a limited number of $25 tickets available per performance. To submit an entry for lottery tickets to Dear Evan Hansen, visit www.luckyseat.com beginning Friday, September 23 at noon.

The digital lottery will begin accepting entries on Friday, September 23 at 12:00 p.m. for all performances and will be accepted until 9 a.m. EST the day before the performance. For Saturday and Sunday performances, entries must be received by 9 a.m. EST on the Friday before. Fans who have been selected will be notified daily via email and can then purchase up to two (2) tickets at $25 each. The ticket lottery will continue on a rolling basis for every performance in the engagement. No purchase or payment necessary to enter or participate in a Lucky Seat Sweepstakes. You may enter one or more Lucky Seat Sweepstakes but may be selected for only one performance. Winners are selected at random. Prizes have no cash value.

All entrants are encouraged to follow Dear Evan Hansen on Instagram (@dearevanhansen), Twitter (@dearevanhansen) and Facebook (@DearEvanHansen) for additional lottery news and information.  Entrants must be 18 years or older. A valid, non-expired photo ID that matches the name used to enter is required for pickup. Seat locations awarded by the lottery are subject to availability. Additional lottery requirements can be found at www.luckyseat.com/dearevanhansen.

Declared “One of the most remarkable shows in musical theater history” by the Washington Post’s Peter Marks, Dear Evan Hansen opened at the Music Box Theatre to rave reviews on December 4, 2016. There, it has broken all box office records and struck a chord with audiences and critics alike, including New York Times critic Jesse Green, who, in his May 2019 re-review of the show, declared it “more and more ingenious with each viewing. It is more hopeful than ever.”

Tickets for the Open Captioned performance be purchased in person at the Fisher Theatre Box Office or by phone at 313-872-1000, ext. 0.