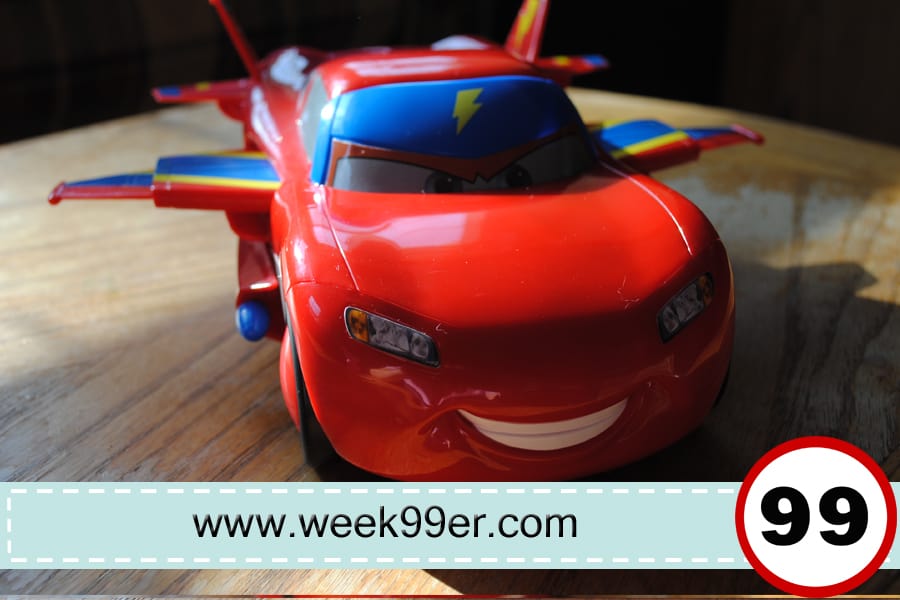 If you have a Cars lover in your house, chances are you’re already know who Lightning McQueen is. Not only has he starred in two major movies, but several shorts. He goes on adventures with his best friend Mater, and sometimes even appears in Maters dreams! One of the digital shorts was Air Mater, where both Lightning McQueen and Mater go from a regular car and tow truck to flying hawks! 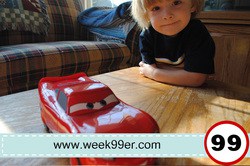 Lightning McQueen Hawk is just under 2 lbs, but it is 14 inches x 5.8 inches x 12 inches (part of that is his wing span!) His wheels move easily around if you just want to drive him around like a car as “standard” Lightning McQueen. His size does make him a little cumbersome for small hands, but older kids and adults shouldn’t have a problem making all of the features work. 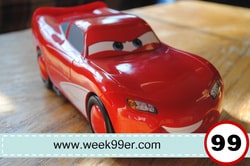 When you’re ready for Lightning McQueen to change to McQueen Hawk you simply pull down on his back fender. Once you pull it all the way down two flames will pop out (and light up), he will say one of 75 phrases, his wings, as well as tail wings, will pop out, the missile launchers will deploy from under him and his “Hawk” mask will pop up over his face. It’s really a simply pull to make his full transformation.

We did notice if you held him wrong while you pulled the back fender it might cause some difficulty getting the missile launchers out. But once you learned where they were it was easy to avoid any problems. To shoot the two missiles, you just push the buttons on each side (this was a lot of fun, and all of us were shot a few times!) 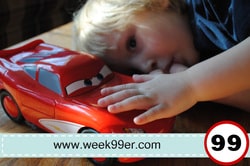 The Lightning McQueen Hawk has built in sensors, so as he is flown through your house he can respond to how he’s being played with. It helps encourage your kids creativity as they play with Lightning.

Now we already know Lightning McQueen is your little one’s best friend. This would make a great gift for kids this holiday season, it’s simple and easy to play with as well as responsive to their way of playing. 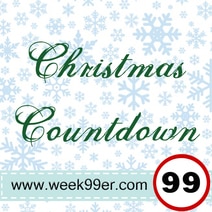