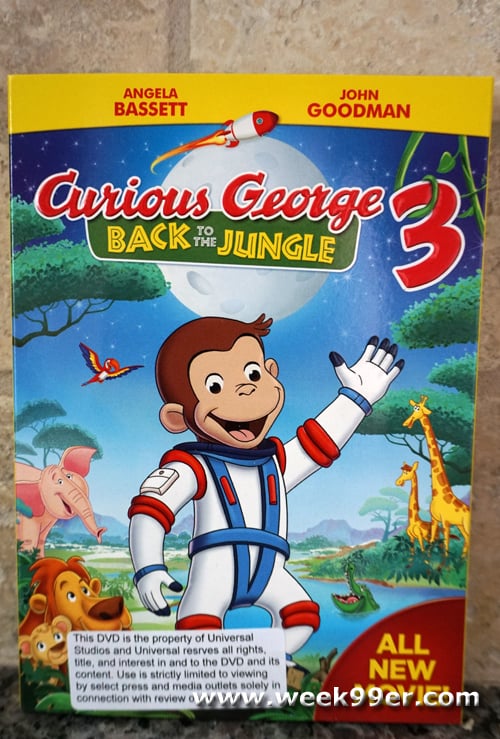 I remember sitting in front of the TV as a kid and watching Curious George, he probably was one of my favorite characters growing up – even though he doesn’t even talk! But the silly antics of the curious monkey have put him square in the running for favorite for decades now. The younger generation is probably more familiar with Curious George in the movie releases in the last couple years. And now, Universal Studios has released another in the series: Curious George 3: Back to the Jungle! The new movie boasts voice over work by John Goodman, Angela Bassett, Frank Welker, Jeff Bennett, and Alexander Polinsky, so there are some familiar voices for the parents watching the new adventure.

In Curious George 3: Back to the Jungle, our favorite silly monkey is asked to take part in a space mission. The exciting new adventure goes wrong and poor George ends up crashing somewhere in Africa. While his friend in the yellow hat searches frantically for his favorite little friend – George goes on his own adventure making new friends. He’s back in the jungle and finds that it’s not as different from home as he thought.

As a long time Curious George fan I loved the new movie, and glad it’s in my collection. You can find Curious George 3: Back to the Jungle on Amazon and in stores near you. It has a total run time of 81 minutes and is rated G.

Check out a clip from the new show below!