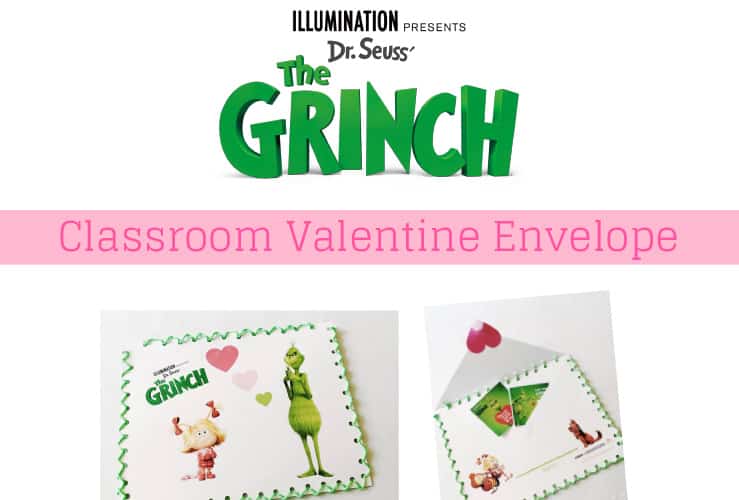 Remember those days back in elementary school where we created those fun mail boxes for the cards from our classmates? Now, kids have extreme boxes made or purchased and we love different ideas on how to collect those tokens of affection. This year, we have a fun Valentine Envelope that is inspired by The Grinch and you can put all of the love in this great container. Not only is it super cute, but it’s small enough that it wont get smashed on the way to and from school! Easy to make, and something you and your kids can do this weekend before the holiday gets here!

Want to really impress your Valentine this year? Whip up a DIY Valentine Envelope and some Grinch Garland. I mean, that is if you actually have a Valentine. Hahaha! Download the instructions here:

About Dr Seuss’ The Grinch at Home Release: