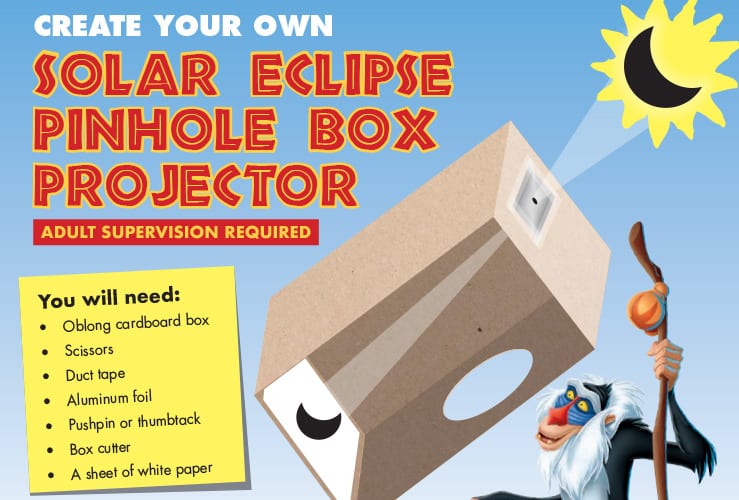 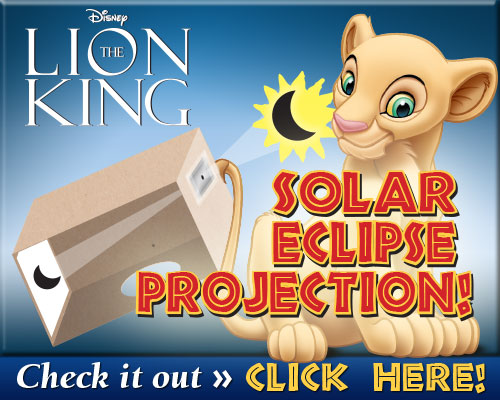 If you’re like us, you’re looking forward to the solar eclipse happening on Monday, but don’t have the glasses that make viewing the eclipse safe. Maybe your glasses didn’t get delivered in time, or aren’t the right level for proper viewing.. or more likely, they were all out when you went to buy some. Instead of sitting inside and hiding from the sun – Disney has released a fun way to make your own eclipse projecting box and a way to use binoculars to view the eclipse safely.

If you are going to be with the kids, or have some time to make these projects – print out the PDF above and get ready to see a total eclipse! I can’t wait to get my rig set up. To make yours, just click the image above and print out the instructions to make your own!
ABOUT THE LION KING WALT DISNEY SIGNATURE COLLECTION: