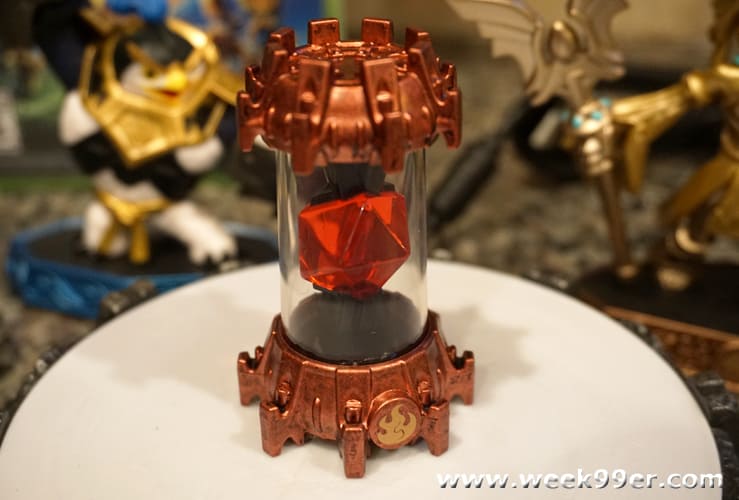 The world of Skyland has gotten even bigger this year with the launch of the new Skylanders Imaginator series. Like their previous releases, the new Imaginators starter set comes with characters, a portal and the game to get your started – but this time it comes with a new twist on the game and also comes with a creator crystal. 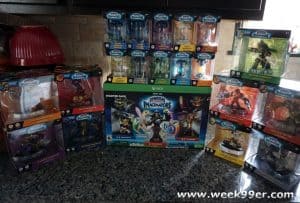 The Skylanders games are ones that our whole family loves. They games are targeted for ages 6 and up, and since the first series they were games we absolutely loved. Activision sent me the latest starter pack for Skylanders Imaginators as well as the new characters and creator crystals to get us started. While the set introduces new characters in the mix, this portal just like all of the last are backward compatible with your previous characters and sets. We’ve got a large collection of Skylanders waiting to play the new levels and game through M.A.P. 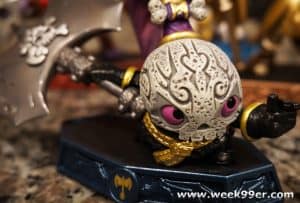 One thing I instantly noticed about the latest set of the Skylanders Imaginators is these characters didn’t come with the cards. That’s because you can actually get them digitally in the Imaginator App. All of your characters can be stored there and you even have fun in app games you can play. The new character’s bases also tell you more about them with their element class and weapon marked in the design. This makes it extremely easy when grabbing a new character to place on the portal at the critical part of the game. 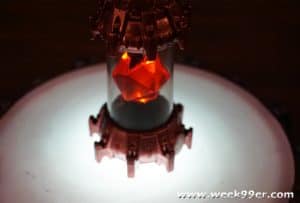 Similar to the previously released editions of Skylanders, the game is played as a choose your own adventure style. There are four different difficulty types, and each character you add to the portal brings something else to your scene and game play. But Skylanders Imaginators brings in a new level of customization – creation crystals. These crystals allow the player to actually create their own character. You can customize the look of your character, their outfit, their eye color, their weapon of choice, their powers and even their theme music. 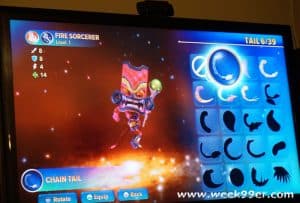 There are a ton of different options when you are creating your own Imaginator. With as many options as the game allows, it’s going to be very rare that any 2 characters will be the same. This customization makes the game play unique for every individual. If you love your character, Skylanders is actually allowing users to 3D print them for a fee so you physically have your own Skylander for your game play. The only draw back I see with the creator crystals is you can only use them once – so one character per crystal. However, you can update and change that character at any point. 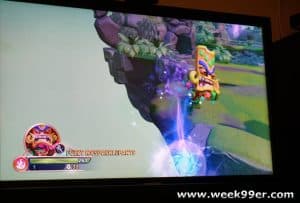 Skylanders Imaginators is a fantastic addition to the Skylanders universe and your kids will love the new characters, new adventures and making their very own characters to play. You can get Skylanders Imaginators for Xbox 360, XboxOne, PS4, Playstation 3, and Wii U. And the game has the companion app as well as expansion packs you can pick up to expand Skyland for more adventures. Your kids, and you will have fun with great new set!