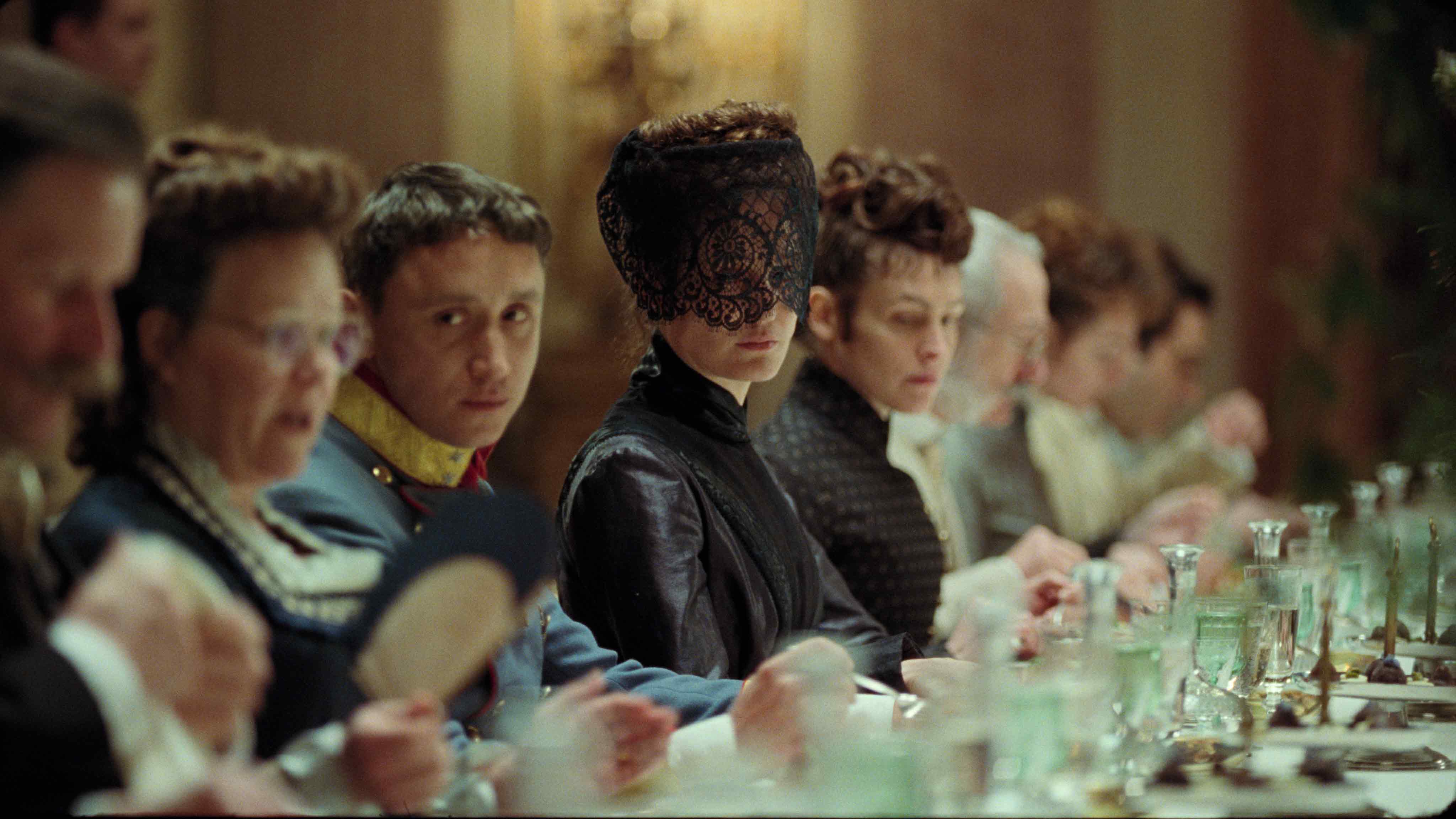 The stories of strong women throughout history are not told as often as that of strong men. But when it comes to the story of Empress Elizabeth of Austria or Cici, it’s one that not only made the history books but is the topic of popular podcasts and even hit streaming series. But her life, assassination, and the impacts she had on the world around her are often glamourized. Corsage focuses on some of the darker side of her life, but stops just short of her whole story.

Focusing on a strong woman figure, and one that doesn’t fit in her time period, Corsage brings an interesting perspective to the story. The movie is mostly in German, but Cici switches to English in different scenes. The story hops through different points in her story and history, as well as major players in history at the time. At points, it may seem to be disjointed but the movie hops through history trying to give a full account of Cici’s story.

Corsage may not be the most compelling telling of Cici’s story, or the one that will grab a lot of different audiences, but it is a story worth telling. The Empress’s story is one that is truly of a strong woman before her time and one that seems out of her own time period.

One of the most frustrating part of the movie, much like the Sofia Coppola telling of Marie Antoinette, is the ending. The movie stops short of reality and takes creative license with her story, creating a different ending compared to what actually happened in her life. The assassination was not even part of the narrative and cuts her story and the impact of that moment completely out.

The movie is well shot, but when it comes to timing, Corsage just may have come out at the wrong time. The audience that will go see Corsage, most likely have already watched the series on Netflix about her called The Empress, which has better pacing and focuses on more of the impactful moments of her life. Both versions of her story are interesting and no doubt will please audiences that are looking for a historical movie to enjoy. But each version is so widely different, that they don’t seem like they are about the same person at all.

Corsage is in select theaters this weekend.

Marie Kreutzer’s critically acclaimed period drama CORSAGE has been selected as Austria’s Official Oscar® Entry for Best International Feature Film. The film stars Vicky Krieps (Phantom Thread, Old, Bergman Island) in a bold, mischievous, award-winning turn as the real-life Empress Elisabeth of Austria. Krieps won the Best Performance Prize in the Un Certain Regard section of this year’s Cannes Film Festival, where the film had its world premiere. IFC Films will release CORSAGE in theaters in the U.S. on December 23, 2022.

Written and directed by Kreutzer, CORSAGE follows Empress Elisabeth of Austria (Krieps), one of the most magnetic royals of the 19th century, who was idolized for her beauty and renowned for inspiring fashion trends. But in 1877, ‘Sisi’ celebrates her 40th birthday and must fight to maintain her public image by lacing her corset ever tighter. While Elisabeth’s role has been reduced against her wishes to purely performative, her hunger for knowledge and zest for life makes her more and more restless in Vienna. She travels to England and Bavaria, visiting former lovers and old friends, seeking the excitement and purpose of her youth. With a future of strictly ceremonial duties laid out in front of her, Elisabeth rebels against the hyperbolized image of herself and comes up with a plan to protect her legacy.