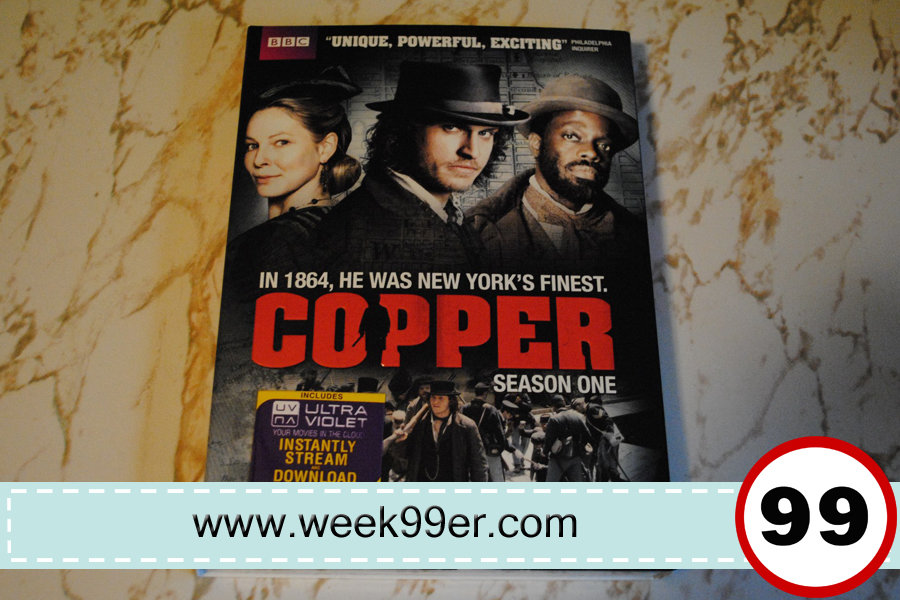 In our house we’ve been big fans of Cop dramas for years. You can see the shelves full of CSI and similar shows. But after years of watching the shows you notice a formula. It’s always connected, it’s always solved by a photo that is enhanced beyond considerable measures just to find out it was the Old Mr. Miller in the mansion. Ok, well they’re not all Scooby Doo episodes but it’s easy to see the parallel.

We had actually stopped watching a lot of our favorite cop shows, after years of the same formula and not seeing anything different. BBC Home Entertainment sent me the first season of Copper to review, and immediately we noticed it was different than any other show we had seen before.

Copper is based in New York City in 1864. This is well before current legal practices were set up, before cops had rules they had to follow. It takes place during the civil war era where racial tension is not only high, but at one of it’s peaks. New York is still a new city and cultural differences are still a finding their way in the new city and new world.

The show is based around the main character Kevin “Corky” Corcoran, a cop in New York. Corky has his own idea of justice and follow his heart trying to right the wrongs he’s seeing happen.

As you watch you are submerged into 1860’s New York, culture and all the issues that they are currently dealing with. You will even notice names you may notice from history classes as you watch through the season, making big names you learned about relate-able characters.

I really enjoyed watching the series. There were a few scenes that I didn’t exactly like, but put in context with the show they fit well. We have recommended the show to friends and family already. I will be seeing if I can find Copper on my tv to keep up with the series!

Copper is currently in it’s second season on BBC America. Check your local listings for times!  You can get the first season on DVD through BBC America’s online store.