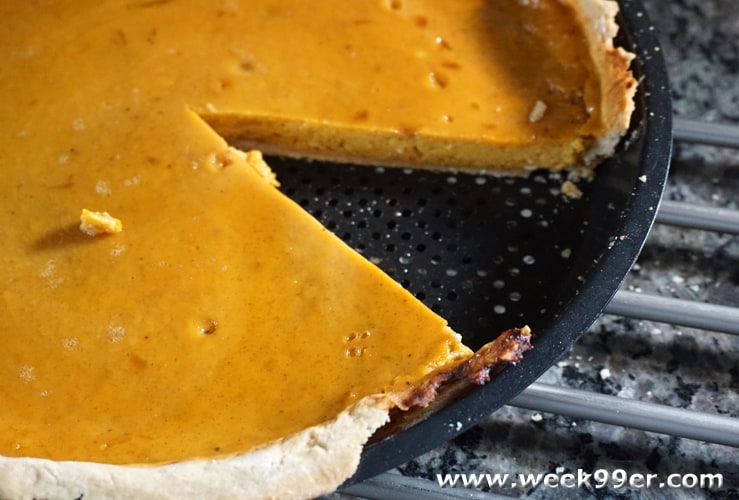 It’s the season for pies and baked goods. We skipped Thanksgiving in our house, so even though we’re hosting Christmas later this week, I was in the mood for some Pumpkin Pie to enjoy before the holiday. Thankfully Cooks Innovations sent me one of their Non-Stick Flaky Pie Crust Pans to review, as well as two to give to readers. 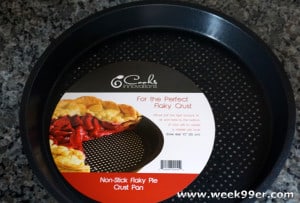 Since we missed Thanksgiving, I’ve been craving pumpkin pie. Of course that means making my own gluten free flaky pie crust, but since the recipe makes enough for two crusts – I could make one for now and one for later this week. The Flaky Pie Crust Pan is made similar to a deep dish pizza pan, and has holes perforated through the base so it gets an even cook to both sides of your crust. They actually suggest you can use it for small deep dish pizzas, but we’ll have to test that out at a later date! 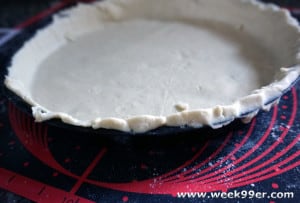 The design is so similar to a pizza pan that it doesn’t angle in like traditional pie plates do, which made it a bit harder to get the crust measure out the same, and your walls are a bit taller. But a homemade crust will fit inside the pan easily for your pie. The overall size and shape of the pie will result in thinner pieces of pie as well if you use your traditional recipe. 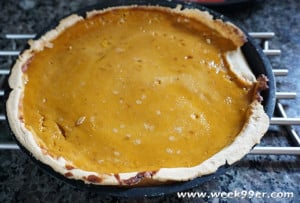 The Flaky Pie Crust Pan has a non-stick surface, so I didn’t use any cooking spray before placing my crust inside. When I took the pie out of the oven I noticed that the crust had already started to pull away from the sides even without any assistance. I was actually able to lift different parts of the pie up and almost out of the pan a few minutes out of the oven (although I would suggest you wait for it to cool completely). The only problem I had with the crust were ones I created when I set it in the oven. 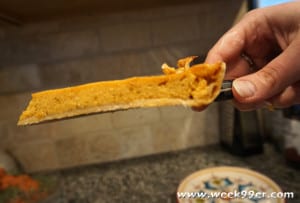 Not only did I have a crisp and flaky pie crust, but I was able to remove pieces of pie without a lot of effort. The first piece I remove came out clean and the crust was fully in tact. I somehow managed to drop the piece of pie back into the pan (face down) and was able to pick it back up without losing any of the pie or crust, and balance it easily on a knife blade.

Cooks Innovations send me 2 extra Flaky Pie Crust Pans to give to my readers. Read how you can win one below!

Enter to win with the form below. What product from Cooks Innovations would you like to try most? What type of pie are you going to make in your new pan?  If you do not do this entry – you will not win! So make sure you leave a comment and then enter using the form below!