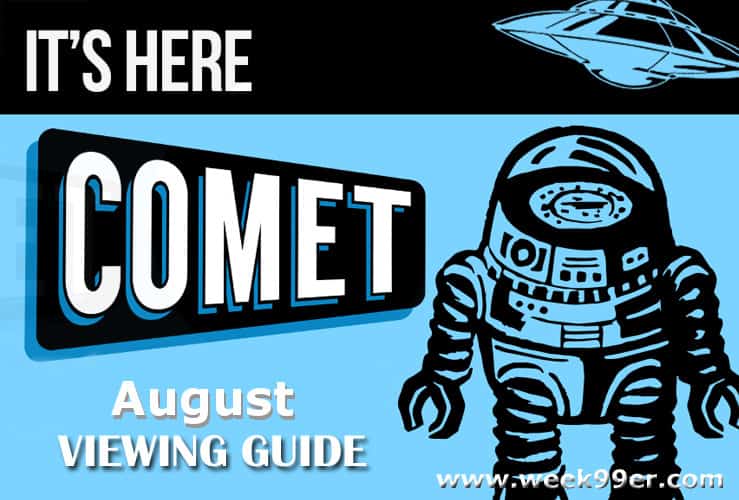 Are you ready for a month of Monsters and mayhem? This month on Comet TV they’re showing some of our favorite monster flicks featuring Vampires, Werewolves, Body Snatchers and more. There’s a lot of creepiness going on in August including double features of awesome bloodsuckers! Check out the schedule below and tune in for these free horror flicks and more!

An American Werewolf in London (1981)

Invasion of the Body Snatchers (1978)

An American Werewolf in London

One of the greatest horror films of all time is headed to COMET! Check out John Landis’ often imitated but never duplicated 1981 classic, An American Werewolf in London, and discover why it’s always a good idea to “stay off the moors.” The film airs on COMET on August 18 at 8P/7C, and again the following night at the same time.

Invasion of the Body Snatchers

Most of the time, we’re not big fans of remakes. But once in a while, a remake comes along that vastly outshines its inspiration. Invasion of the Body Snatchers, the 1978 reboot of the 1956 sci-fi thriller, is one of those remakes. Not only that, it’s maybe the best remake ever made, and with stars like Donald Sutherland, Jeff Goldblum, and Leonard Nimoy, it’s not hard to see why. The invasion begins on August 25 at 8P/7C, with an encore airing at 8P/7C on August 26.

TWO BLACULAS ARE BETTER THAN ONE. Without a doubt the most iconic blaxploitation horror movie ever – and also probably the punniest movie title, period – Blacula has earned legions of devoted followers since first rising from the grave in 1972. Its success spawned an even campier sequel the following year in Scream Blacula Scream, and now you can catch both Blaculas on COMET in the same day. Blacula stalks your screen first on Saturday, August 5 at 2P/1C, and it will be followed directly by Scream Blacula Scream at 4P/3C.