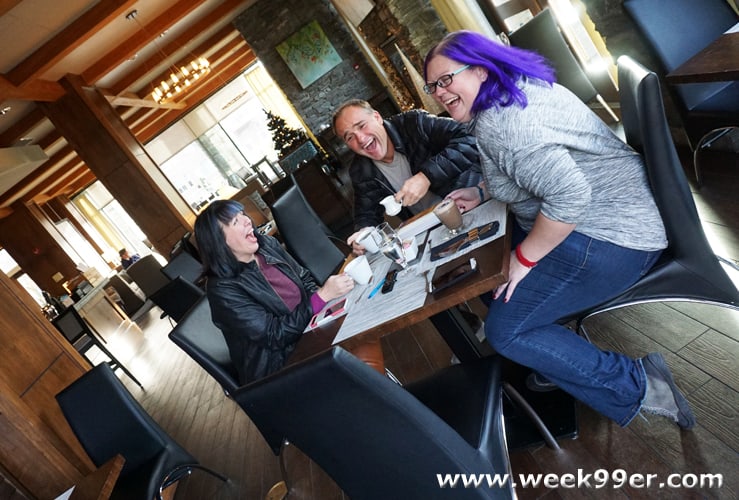 Filming for Pup Star Season 2 has wrapped in Victoria, British Columbia, and now we have to wait until the summer to see the movie. In the film’s last week of shooting, David DeLuise who plays Steven – the dad in the movie, sat down with us to chat more about the movie. The interview was informal, hilarious and a lot of fun. The energy that David brings into the room can easily be translated onto film, and we can’t wait to see more of him in Pup Star Season 2.

Many fans will know David DeLuise as the dad character on Wizards of Waverly Place, others from his character on Third Rock from the Sun, or Sci-Fi Fans know him as Pete from Stargate SG-1. A veteran to the entertainment industry, David is a popular dad character in many family friendly shows. 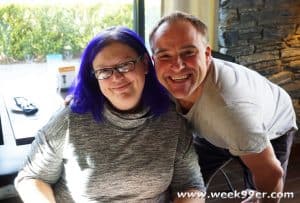 Do you like working animals? We noticed a lot of dog titles on your IMDB:

I think I’ve done eight. I love dogs. It’s fun. Usually what happens in a “dog movie” for a lack of a better description – is you have family friendly stuff. You always have a base of good values, good morals and all of that stuff.

How is shooting this different?

If you watch a movie they always start outside and bring you in. But sometimes they do a close short and then show you where you are. Not in this movie – they go way out and go back in. 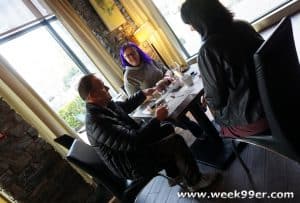 Is acting what you always wanted to do?

I learned a lot from my dad. People always ask me when did you start wanting to be an actor? I had a choice, but I didn’t really have a choice. I was born then it was like “Who can make me cry the fastest” “Can you make me laugh” So it was the best kind of training, without knowing I was being trained.

My dad gave me a video camera when I was a kid. Having a video camera back then was a big deal. So we had one of those cameras where you actually had to hold it and it was connected to a VCR. We would make home movies, it was the best.

What about the next generation of actors and kids interested in film?

I teach an acting class to kids and I always tell them “You have a movie studio in your phone. You can write, film score it, cut it – you can do everything” It’s just that a lot of kids are scared to do something, because they’re going to do it wrong. I tell them to go do it, don’t show anybody. Get an idea for a minute and a half movie and go do it. Walking to the bank, it’s just about doing it.

I think everybody should do other people’s jobs. We give them incentives other than doing a good job. Is there something else for them to work for? 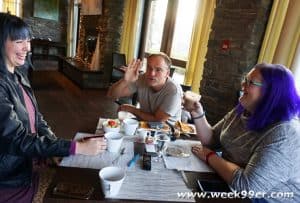 How is it different working with animals on set?

It’s interesting when you’re working with animals. You have to stay in the moment working with the dog, but let the trainer do their job. The dog is suppose to come in, sit in the thing and look at you. They have to get the dog to do that. And when you go into your coverage, you’re not looking at the dog. I’m not doing the trainers total justice. It’s harder to get a dog to behave and act, rather than me dubbing 1 or 2 lines. I thought I would dub a lot of stuff, but it’s been a lot less than other movies.

I have a moment in this movie, where I find Tiny as a puppy. She’s by herself, and cold. We have a teacup Yorkie playing the puppy. She is find and awesome. It didn’t take us long to get the shot – but that’s all you’re doing – getting licked in the face by a dog. What did they do? They have a special goo on my face for her to lick and it smells like… let’s just say it doesn’t smell good. And then you pick up the dog, and it’s a matter of getting comfortable with the dog. You’re not suppose to interact with the animal so the attention isn’t taken away from the trainer. Only when the trainer says you can interact with the dog. 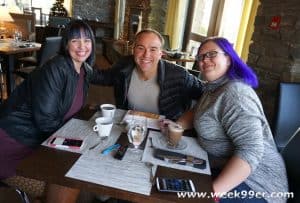 So I get this little dog who isn’t train trained yet – the trainer is behind me so the dog is looking all over. I keep saying “you’re so cute” then I keep talking, the sound machine is going, the trainer is clicking. And somehow it just worked perfectly. You get magic like that. But that moment could have taken four hours, but that coverage took maybe 5 or 10 minutes.

Do you have pets of your own?

I had a cockapoo growing up that my dad trained. My dad taught him to play dead when he “shot” him. But we don’t do that anymore. When my girls were growing up we had a cat named Pfifer.

What draws you to these films?

Air Bud Entertainment makes family friendly films you don’t have to pre-watch. I’ve done a lot of kid stuff. You’ll have certain movies that are too advanced. What’s so nice about the Pup Star world, you know all the dogs are talking and that’s just normal. The kids I think are so close to their imagination still – the magic of our fantasy world, and they get to really believe. We’re looking at these dogs and have to imagine, but they’re looking at them almost like their “real people”. 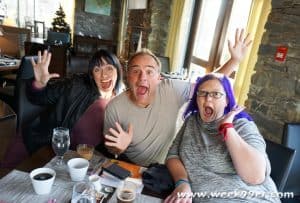 What is the best moment filming Pup Star Season 2 so far?

The quote of the day yesterday “Cut! The Humans can take 5”

I love that there are so many little things that you take for granted in making the movie – and that’s hysterical to me.