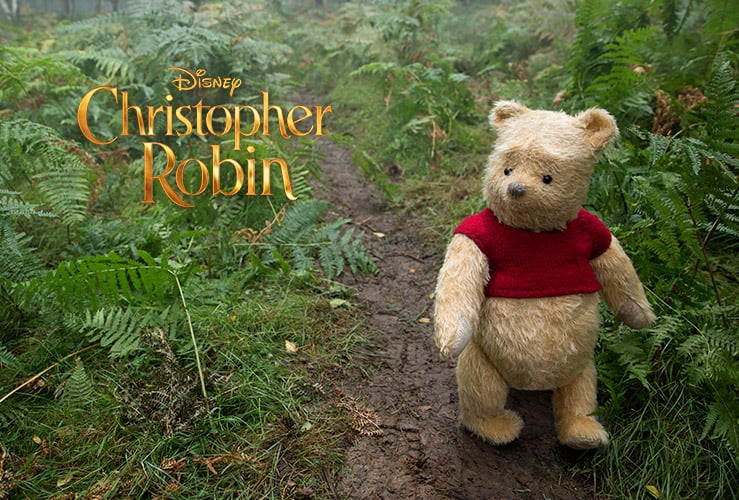 Making any movie with beloved characters is a risk, and one that make many fans hold their breathes. Generations have grown up with Winnie the Pooh and his friends from 100 Acre Forest, and depending on your age you may have fallen in love with the characters in the books, stories or cartoons. From animated movies to bed time stories, the characters have worked their way into all of our hearts and we all have a character we can relate to. When the first clips of Disney’s Christopher Robin came out we all melted, not only had our characters come to life in beautiful computer graphics but the wisdom and humor of Pooh seemed to be back and in live action.

We were able to see Christopher Robin before it released, and held our breathes a little hoping that the movie would meet our expectations. As the movie starts, any fears will be put at ease as you see your favorite characters on the screen just as you would have imagined them as a kid. The movie takes us on the life journey with Christopher Robin as if the story was in all of the books we grew up enjoying, and shows his transition to an imaginative kid to the serious adult that all of us grow into. Over the years, the magic of his childhood and his friends got lost for being an efficient adult and there was a shifting in priorities. Seriousness and responsibility have taken priority over even family and joy.

At the point he needs it the most, Pooh Bear comes back into his life to help save him from the Heffalumps and Woozles in his life. And he helps Christopher Robins in a very Pooh way. The movie is a bit slower paced in this world so consumed with super hero movies,  and action films that whiz by. But this slower pace helps you slow down, take in the moments of joy and laughter and remember why we loved Winnie the Pooh and his friends in the first place. It’s like taking a reflective walk with your friends, and finding that joy inside yourself again.

There are points in the movie that you will find yourself disliking Christopher Robin as a character. Even as an adult there are parts that are harsh and hard to relate to, even as an adult. But mixed with the humor of Pooh and his friends, the tender hearted moments will have you melting all over again. From laughter to tears, Christopher Robin will have you feeling like a kid again, and is a movie you can share with your family members of all ages.