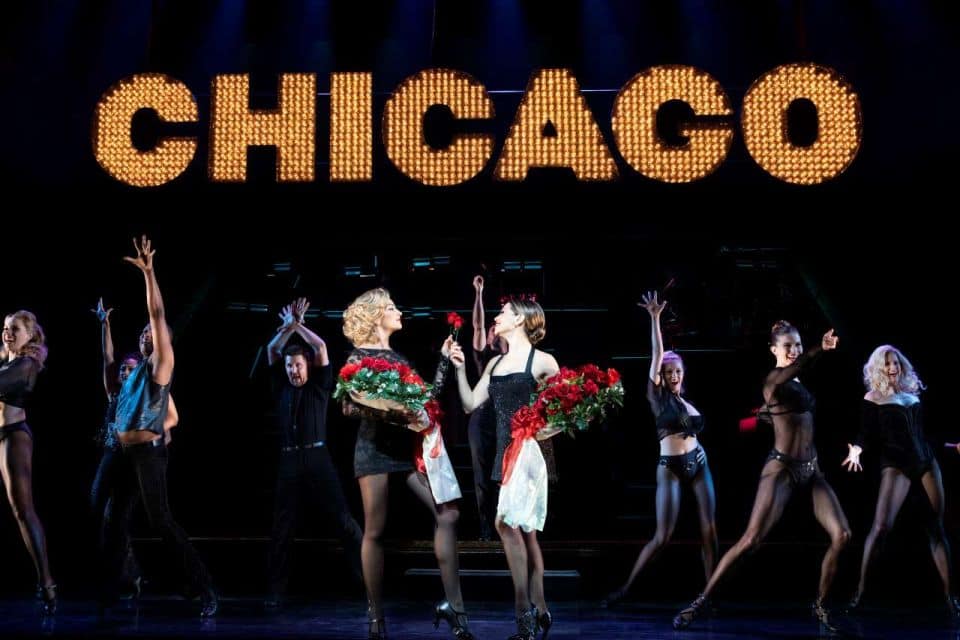 CHICAGO is BACK IN TOWN and after 25 years, CHICAGO is still the one musical with everything that makes Broadway shimmy-shake: a universal tale of fame, fortune, and all that jazz, with one show stopping song after another and the most astonishing dancing you’ve ever seen. CHICAGO is celebrating with the 25th Anniversary Tour that arrives in Detroit’s Fisher Theatre March 28 – April 2, 2023. Tickets go on sale at 10:00 a.m. Friday, November 25 and can be purchased online at Ticketmaster.com, BroadwayinDetroit.com, charge by phone (800) 982-2787, and in person at the Fisher Theatre Box Office.

Produced by Apex Touring, CHICAGO is the winner of six 1997 Tony AwardsⓇ including Best Musical Revival and the Grammy AwardⓇ for Best Musical Cast Recording.

With a legendary book by Fred Ebb and Bob Fosse, music by John Kander and lyrics by Fred Ebb, CHICAGO is the #1 longest-running American musical in Broadway history — and it still shows no sign of ever slowing down!

There’s never been a better time to experience CHICAGO, Broadway’s razzle-dazzle smash. This triumphant hit musical is the recipient of 6 Tony Awards®, 2 Olivier Awards, a Grammy®, and thousands of standing ovations. As we celebrate the 25th anniversary — you’ve got to come see why the name on everyone’s lips is still…CHICAGO.

Set amidst the razzle-dazzle decadence of the 1920s, CHICAGO is the story of Roxie Hart, a housewife and nightclub dancer who maliciously murders her on-the-side lover after he threatens to walk out on her. Desperate to avoid conviction, she dupes the public, the media and her rival cellmate, Velma Kelly, by hiring Chicago’s slickest criminal lawyer to transform her malicious crime into a barrage of sensational headlines, the likes of which might just as easily be ripped from today’s tabloids.

It’s no surprise that CHICAGO has wowed audiences from Mexico City to Moscow, from Sao Paulo to South Africa. Over the last 25 years, the show has been seen in 36 different countries and seen by 33 million people worldwide and now it’s coming to your town!

CHICAGO is a production not to be missed. And all the reviewers agree. Time Magazine calls it “A Triumph,” Newsweek raves “Smashing” and Entertainment Weekly sums it up by calling CHICAGO “Broadway’s Most Electrifying Show.”

Come on, babe! Head to CHICAGO! We’re hotter than ever.

APEX TOURING (Producer). Highlighting their sixth tour season with recent national tours of Summer, The Donna Summer Musical, Once and Finding Neverland. They were honored to be the first company to bring a live production to the Kingdom of Bahrain and the Middle East with the international tour of The Wizard of Oz which also performed across China. APEX produced the 2018 tour of Cabaret and 2017 tour of Pippin. APEX has been created to serve the ever-expanding need for high quality, Broadway caliber touring productions around the world. Relying on the steady producing skills of its affiliates, APEX looks forward to many years of producing Broadway’s brightest new shows.

Tickets start at $30 (includes facility & parking fee) and will go on sale at 10:00 a.m. on Friday, November 25. Tickets can be purchased online at ticketmaster.com, by phone at 800-982-2787, and in person at the Fisher Theatre Box Office. A limited number of premium seats will be available through Ticketmaster and at the Fisher Theatre Box Office.

Broadway In Detroit is a part of the Ambassador Theatre Group. www.broadwayindetroit.com | www.atg.co.uk