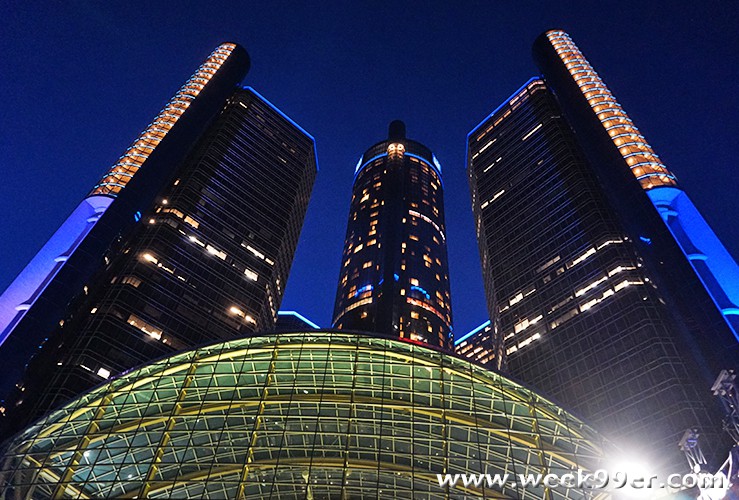 The GM Ren Cen is one of the most iconic buildings in downtown Detroit. It’s towers help make up the Detroit skyline, and it has been the star in movies and other pop culture moments. But inside, it is the headquarters of General Motors and the automotive company has recently updated the main lobby to highlight not only the buildings unique architecture but some of their greatest achievements and current product offerings. 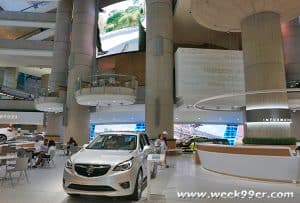 Last fall, General Motors started the renovation of the lobby into what they are now calling GM World. With a rotating track around the building’s core featuring their motorsports vehicles and achievements, giant LED displays that can be changed and updated in an instant, their latest vehicles and updated meeting pods on the catwalk level above. 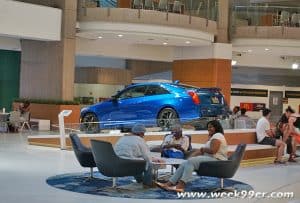 While the GM Ren Cen has had vehicles on this level for several years now, the information desk has not only offers information about the building, but can help you learn more about the displays or the cars that are on hand. The new space is a comfortable space you can sit and have a meeting in, hang out with friends and family or even check out your dream car.

Throughout the space there are several vehicles you can get in, play with the features and even adjust the seat as you dream of your next vehicle. But be sure to spend some time looking at the other cars you cannot get into as well, you’ll find classic cars, a 50th anniversary Hot Wheels car and much more. You can spend some time before a meal with you family and see if you can find your dream car while you wait. 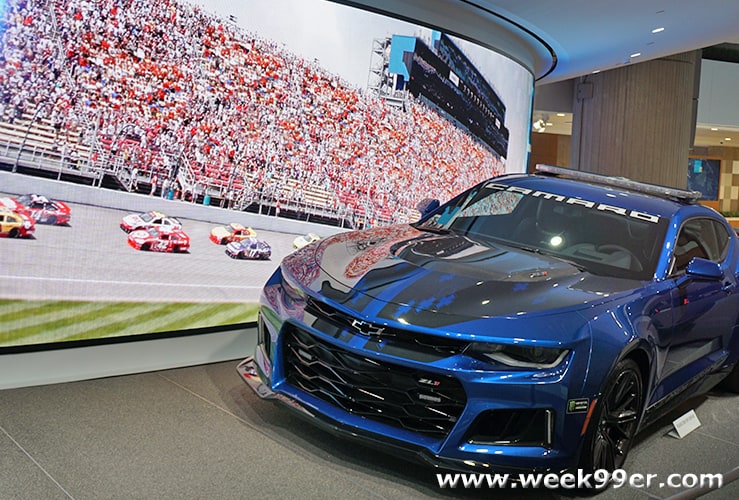 Inside GM World, you will see a rotating belt at the core of the building. This is a display focusing on the motorsports side of GM that consumers don’t usually see. From historic racing cars, to Indycars and even pace cars, racing fans will recognize some of the displayed vehicles that rotate on the belt. Behind each vehicle is an LED display with a bit of a hint of the cars past. But around the belt are interactive plaques that tell you more about the car going by as well as GM’s involvement in racing and their historical vehicles.

The motorsports vehicles currently on display:

The Chevy Rocks the River Front Concert Series Plays On

This summer the Chevy Rocks the Riverfront concert series continues to bring musical talent to the water front just outside of the GM Ren Cen. The summer series started in July and is continuing to play out the next couple of weekends. Bringing bands like Uncle Kracker, War, Survivor and other bands from the 80’s and 90’s. Each of the bands is doing a set about 90 minutes, but the concerts are opened by local bands that won a competition with WCSX to perform and open for the different bands. 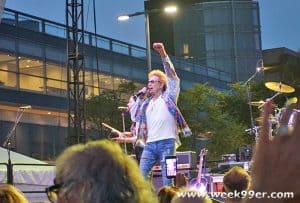 We were invited to enjoy dinner at the GM Ren Cen and a night out at the concert series last week. The show openers were Suckerpunch from Sterling Heights and the headliner – Starship featuring Mickey Thomas. With the perfect weather, concert goers could sit in the VIP section (exclusive arm bands can be purchased before hand), bring your own chair for general seating, or join in on the fun from the river walk or even from your boat from the water. 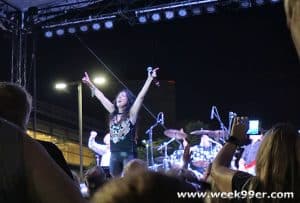 Fans were able to rock out to the classic songs from Starship and sing along. The affordable ticket cost bring some of the greatest classic rock bands to fans who may not have been able to see them in the past. Several attendees dressed in 80’s garb and rocked out like they did in their teenage years, but now with the added bonus of having a cell phone to record the concert to enjoy later.

For more information on the Chevy ROR series this summer and the remaining shows, check out the whole concert listing.