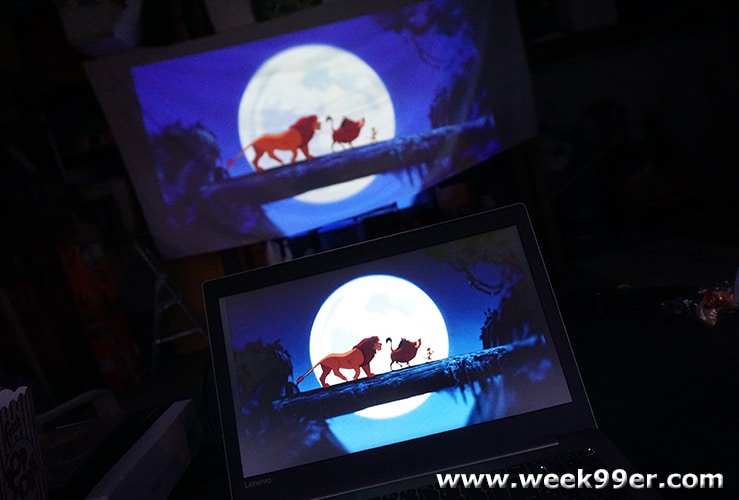 The last days of summer and care free late nights are upon us. That’s right, the kids are going to head back to school and with that comes all of the schedules, packed lunches and after school activities. With Back to School barreling at us, we decided to host another Movies Under the Stars night with Disney’s new release The Lion King on Walt Disney’s Signature Collection. We sent out the invites, brought everything we would need – but little did we plan for was the quick temperature change here in Michigan. 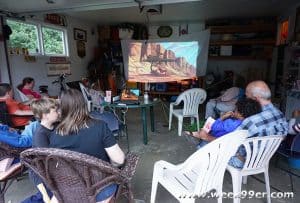 Yes, it seems like fall is coming a bit early this year. While we were getting ready to hang our movie screen the skies opened up and the wind picked up. So, while the movie night was suppose to be under the stars, it ended up in the garage. This actually worked out a bit better since it allowed us to start earlier than before and allowed for earlier bed times for kids. With the popcorn machine fired up and movie playing the neighborhood came out and enjoyed watching The Lion King come to life on the big screen (in our garage!) 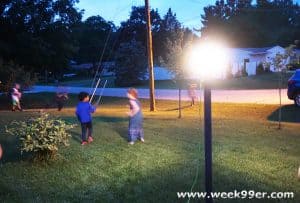 Since we had to relocate to the garage instead of the back yard, you could see the movie as you drove into the neighborhood or walked by. This lead to a few drop ins from neighbors, and an impromptu kid playground in the front yard. It was a great way to celebrate the release of one of our favorite movies and the end of the summer vacation. 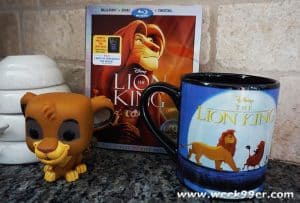 The Lion King Walt Disney Signature Collection release not only brings back our favorite movie, but it is filled with bonus features including interviews, blooper reels, animation notes and a lot more. And don’t forget that with the release of every new release comes fantastic new products like the ones we got for our Movie Under the Stars night. If you’re a huge Lion King fan like we are you’ll love the Simba Pop Vinyl, a new Lion King coffee mug or the Lion King Throw Blanket – that we didn’t know we needed so early this year!

Are you ready to have your own Movie Under the Stars party? Check out how we set ours up here, and don’t forget to get your copy of The Lion King Signature Collection now!