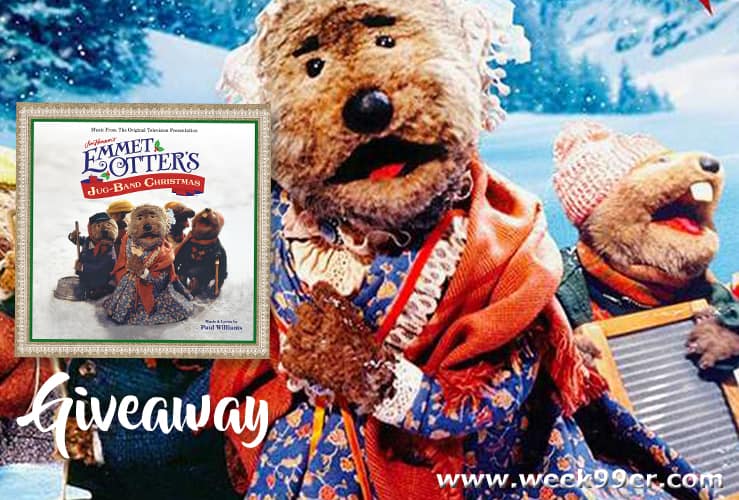 It wouldn’t be the holiday season without a little help from Jim Henson! From the Muppets Christmas Carol to of course Emmet Otter’s Jug-Band Christmas. This year, Emmet Otter and his friends are back in theaters and we’re celebrating with a fun giveaway of a copy of the Soundtrack so you can re-live this great show with your family and loved ones.

November 2nd marked the world premiere release of the soundtrack from the beloved Jim Henson produced TV special, Emmet Otter’s Jug-Band Christmas. The show first aired December 17, 1977 on HBO and has re-aired numerous times since. Fans have been asking for a release of the soundtrack for many years, which features songs by the legendary Paul Williams, who’s other magical partnerships with Jim Henson resulted in the song “Rainbow Connection.” First week sales have exceeded all expectations and this little muppet is now enjoying a ride up the sales charts!

And that’s not all!

Fathom Events is bringing Emmet Otter to theaters next month! Jim Henson’s Holiday Special will run in over 500 theaters on Dec 10th and Dec 16th.  Emmet Otter’s Jug-Band Christmas will be paired with a Fraggle Rock Christmas special to reach the equivalent of a feature length film.

One of our readers is going to win a copy of Emmet Otter’s Jug-Band Christmas to celebrate the holidays with their family. Read how you can win below!

How Can You Win?
Enter to win with the form below. Let us know about favorite Jim Henson Film or show? Or Tell us your favorite Christmas Movie! If you do not do this entry – you will not win! So make sure you leave a comment and then enter using the form below!

31 thoughts on “Celebrate the Holidays with Emmet Otter’s Jug-Band Christmas + Win a Copy!”