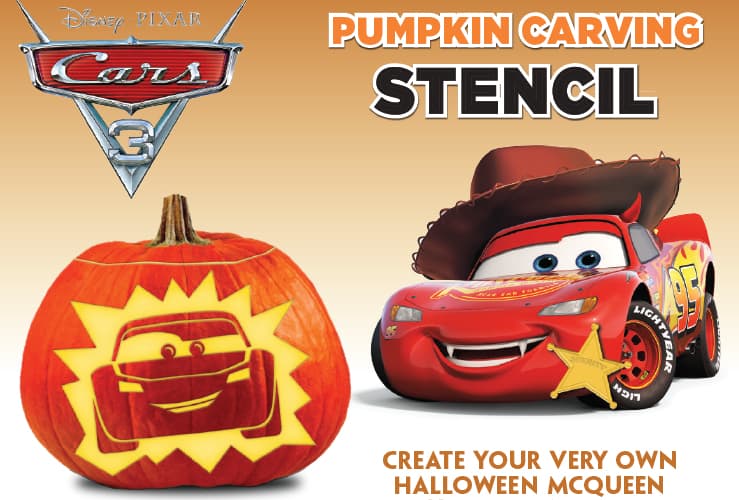 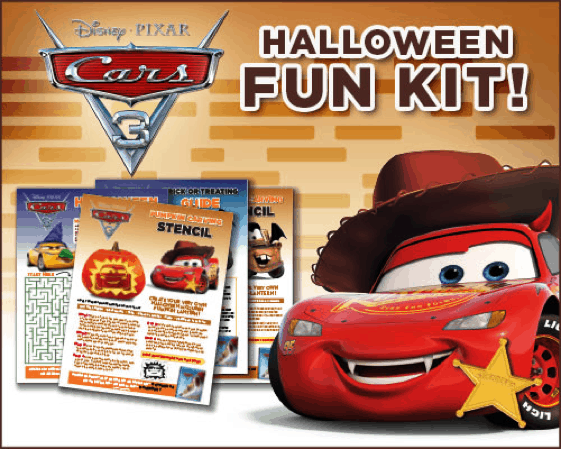 It’s time to carve those pumpkins and we’ve got some of the best pumpkin stencils for you and your kids! You can download the stencils to carve your own Lightning McQueen or Mater pumpkins, a fun maze and even a Halloween Trick or Treating Guide from our friends at Disney, Pixar and Cars 3.

You can spend Halloween with your favorite Cars characters and race towards the holiday now! Check out this deleted scene from Cars 3 – and get Cars 3 on Digital HD today and Race to print the fun activity sheets above by clicking on the image and saving the PDF!