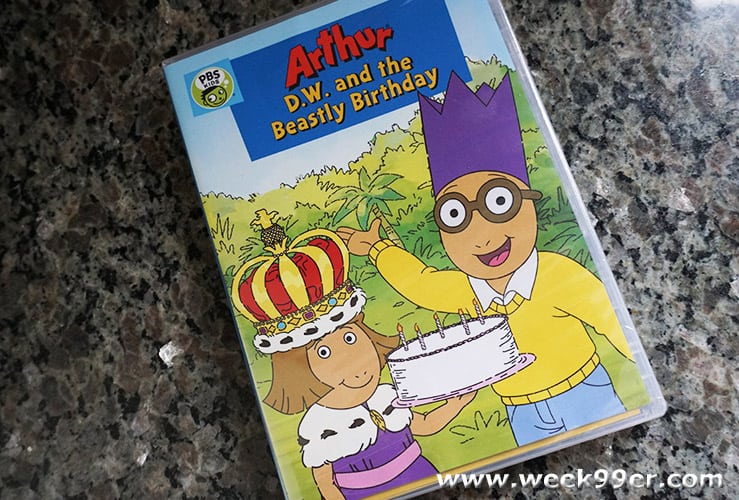 Birthdays are important as a kid, and now you can celebrate it with some of your favorite PBS characters! Celebrate with Arthur and his family. It’s time to celebrate your birthday with some of your favorite characters that generations have loved from PBS. PBS Distribution released an all new DVD “ARTHUR: D.W. AND THE BEASTLY BIRTHDAY,” featuring two episodes from television’s longest-running children’s animated series and one of the top-rated kids series on PBS KIDS, ARTHUR. Children get to join in on the fun with everyone’s favorite aardvark, Arthur, and his sister, D.W. as they celebrate their birthdays! Spend time with your favorite family, one that has been on TV for over 21 seasons.

Episodes on this DVD include:

“ARTHUR: D.W. AND THE BEASTLY BIRTHDAY” ($6.99 SRP) is available now and has a run time of approximately 70 minutes. Episodes of ARTHUR are also available for digital download.

ARTHUR, based on the best-selling books by Marc Brown, is television’s longest-running children’s animated series. Over the past 21 seasons, Arthur has remained one of the highest-rated weekday children’s series on PBS among children 4-8. ARTHUR has won numerous awards, including the George Foster Peabody Award, a BAFTA, and seven Daytime Emmys®-four for Outstanding Children’s Animated Program. ARTHUR is produced by WGBH Boston and Oasis Animation, Inc. Executive producers are Carol Greenwald (WGBH) and Marc Brown (Marc Brown Studios). Directed by Greg Bailey. Funding for Arthur is provided by public television viewers. Corporate funding is provided by ABC Mouse®. For more information, visit pbskids.org/arthur and follow ARTHUR on Facebook and Twitter.