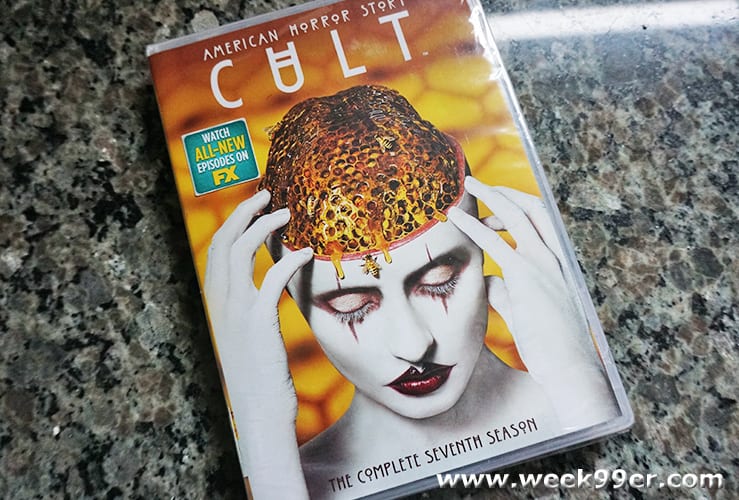 American Horror Story has taken fans by storm. Now in its seventh season, the show take a different approach at the twisted story telling. The seventh season has a bit of a political spin, but mirrors some of the fears we all have after the election ended. Btu the newest season will take the fears you have and twist it around until you don’t recognize them anymore.

Surrender your will to all 11 episodes of the 7th season of one of TV’s most terrifying series. It is post-election 2016, and Ally Mayfair-Richards (Emmy® winner Sarah Paulson*), a Michigan woman plagued by phobias, attempts to find happiness as a restaurateur alongside her chef wife (Alison Pill) and son. But Ally’s family —and her grip on reality —are threatened by the arrival of Kai Anderson (Evan Peters), a politically motivated cult leader who’s plotting an unthinkable mass murder. Also starring Cheyenne Jackson and Billie Lourd, American Horror Story: Cult is a scrumptious scare-fest served up with social commentary, pinky swearing, clown suits and gas lighting.