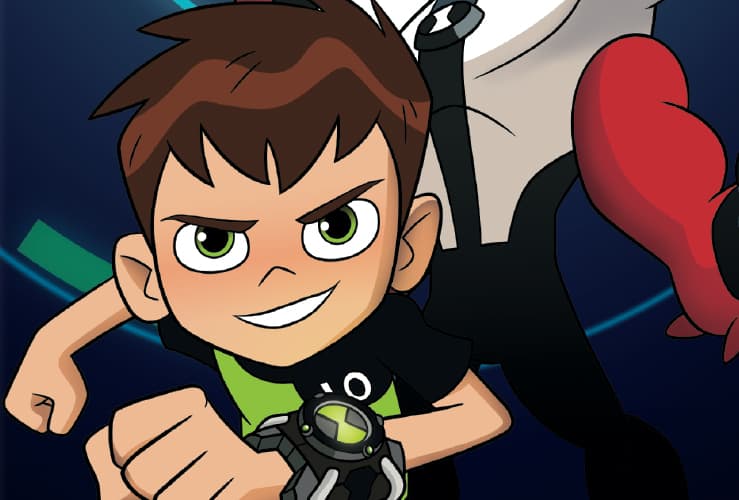 Ben 10 is back and coming to DVD! This fall Cartoon Network is bringing back the show in a great 16 episode collection with a 44 minute special! You can relive the days of watching this show over and over again with this new collection. Get ready for some action only in the way that Ben 10 can provide! Find out more about the at-home release and what you can expect this fall!
About Ben 10 Omni-Tricked: 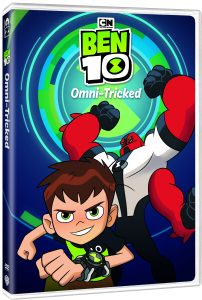 Get ready to defeat villains alongside the coolest alien-powered kid hero when Ben 10: Omni-Tricked arrives on DVD September 18, 2018. Fans can revisit the adventures from Cartoon Network’s hit animated series with 16 action-packed episodes and a 44-minute special. Following Ben and his family as they go on a cross-country road trip, fans will embark on a fun, extraterrestrial animated journey. The season one, volume two release, Ben 10: Omni-Tricked, will retail for $14.97.
Ben 10 follows the story of ten-year-old Ben Tennyson, who, on a seemingly endless summer vacation with his Grandpa Max and Cousin Gwen, discovers an alien watch, the Omnitrix. This amazing device gives Ben the ability to transform into any one of ten spectacular and powerful aliens. Throughout the series, Ben, Gwen and Max travel the country in their motor home, affectionately known as the Rust Bucket, seeing the sights, stumbling into adventures, and beating down would-be villains while generally having a blast.

​Ben 10: Omni-Tricked
16 x 11 MINUTE EPISODES + 44-MINUTE SPECIAL:
About Cartoon Network
Cartoon Network is Turner’s global entertainment brand and the #1 animation network in the U.S., offering the best in original content for kids and families with such hits as, Adventure Time, The Powerpuff Girls, Steven Universe, We Bare Bears and The Amazing World of Gumball. Seen in 192 countries and over 400 million homes, Cartoon Network is known for being a leader in innovation with its approach to engaging and inspiring kids at the intersection of creativity and technology. Its pro-social initiative, Stop Bullying: Speak Up is an acknowledged and often used resource for kids and adults looking for tools that can assist in dealing with the ongoing issue of bullying.
Cartoon Network is part of Turner, a WarnerMedia company, a global entertainment, sports and news company that creates premium content and delivers exceptional experiences to fans whenever and wherever they consume content. These efforts are fueled by data-driven insights and industry-leading technology. Turner owns and operates some of the most valuable brands in the world, including Adult Swim, Bleacher Report, Boomerang, Cartoon Network, CNN, ELEAGUE, FilmStruck, Great Big Story, HLN, iStreamPlanet, Super Deluxe, TBS, Turner Classic Movies (TCM), TNT, truTV and Turner Sports.