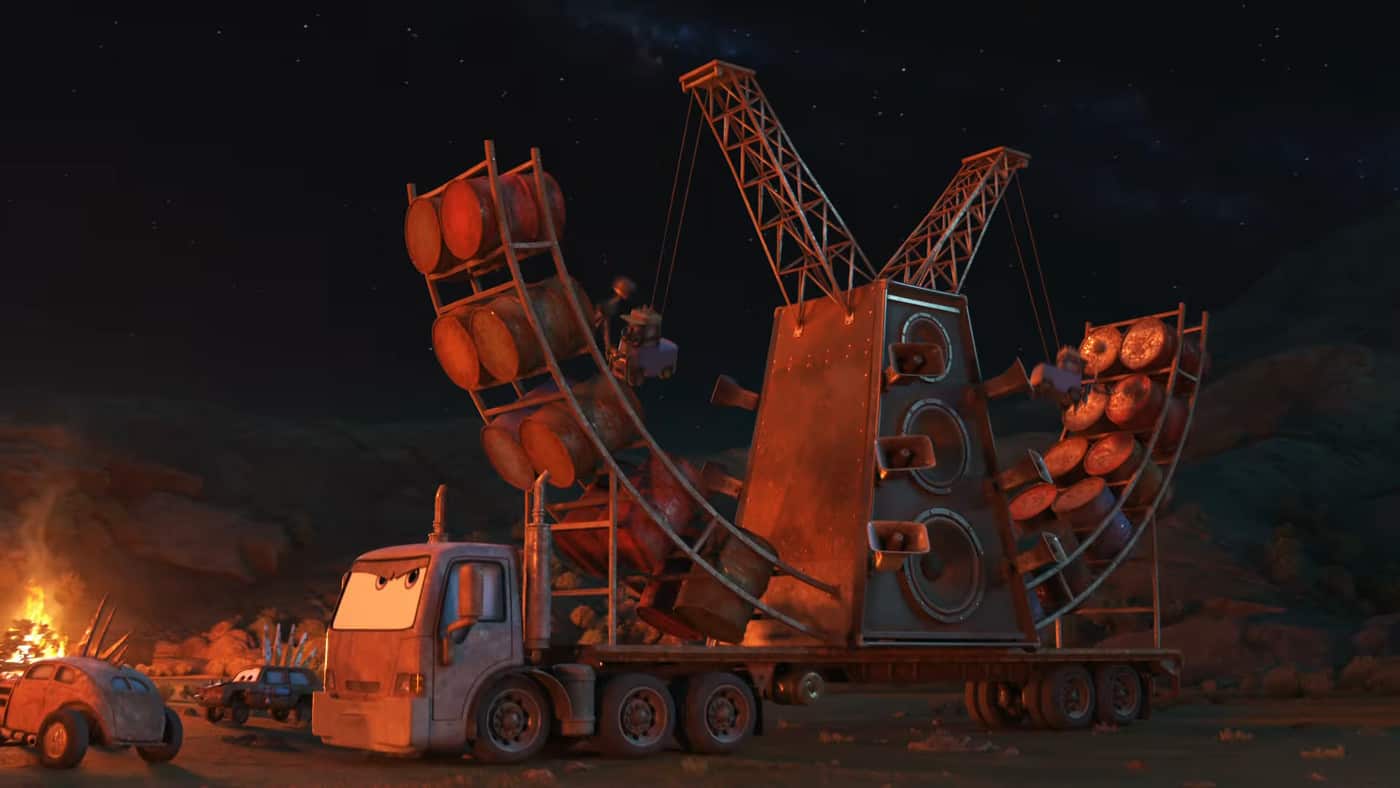 Lightning McQueen and Mater are back in a new series on Disney+. The nine-episode animated series follows the two friends as they road trip across the country to attend Mater’s sister’s wedding. The stories are short and easy to digest for younger viewers coming in at around 6-10 minutes each. But inside each animated short, they get a fun story and almost ridiculous story that fans of all ages are going to enjoy.

Unlike the Disney Junior reboots that most series and movies get, Cars on the Go never drops in the quality of animation or the details that fans expect from Pixar. Each episode still offers fans the high-resolution Cars world and even helps build on the history and context of the world. The details and Easter Eggs that fans know and love from Pixar films can still be found throughout the series too.

From Radiator Springs to Mater’s hometown, the series brings with it old characters as well as new ones that fans are going to love. It also gives several nods to pop culture references and even popular horror films like The Shining mixed with a bit of the Haunted Mansion. While the scary movie is used as a base for one episode, it is still done in a way that won’t scare younger viewers.

Cars on the Road will be streaming on Disney+ tomorrow for Disney+ Day. Fans of the Cars movie franchise and the characters will love this new series. The short episodes give young viewers just enough to keep their interest, and older viewers will love this fun series too. It’s a quick and easy watch and one that you can finish in the afternoon.

About Cars on the Road:

In celebration of Disney+ Day, Disney and Pixar’s original series “Cars on the Road” will debut exclusively on the streaming service Sept. 8, 2022. Check out a new trailer, key art and image for Disney and Pixar’s “Cars on the Road” now. The Disney+ Original series follows Lightning McQueen (voice of Owen Wilson) and his best friend Mater (voice of Larry the Cable Guy) as they head east from Radiator Springs on a cross-country road trip to meet up with Mater’s sister. “The series is a romp across the country with Lightning McQueen and Mater,” says director Steve Purcell. “Like any real road trip, every day is a new mini-adventure with unexpected twists and turns.”