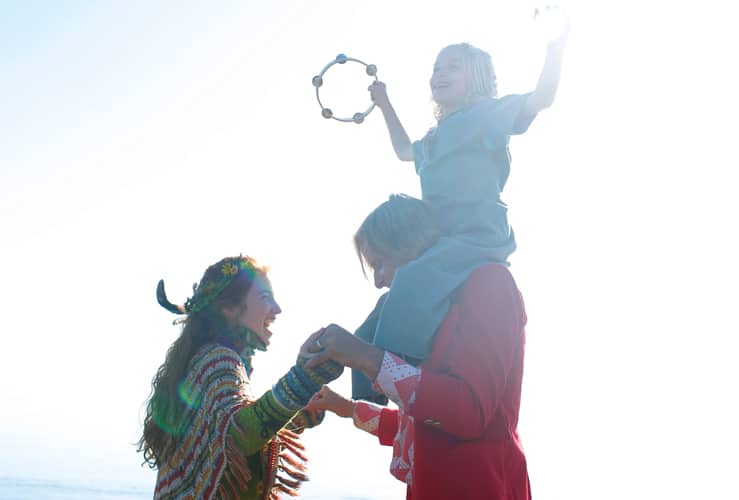 Parents always hope they’re making the best decision for their kids. Every choice you make can effect their lives, and you just hope the one you’re making is the best one. It’s these choices that have lead to the current surge in homeschooling, unschooling and less traditional practices in the family unit. Chances are you know someone who is either home schooling their children or doing something against the social norm while raising their family. These stories are inspiration for the new Bleecker Street film Captain Fantastic that is currently in theaters now.

I was invited to a screening of the film Captain Fantastic that is opening in theaters nation wide this month. The movie follows the Cash family as they live off the grid in the Pacific Northwest. From home schooling, hunting, growing their own food and even physical training the kids in the family live completely outside traditional society. That is until a tragedy occurs and the family has to go out of their sanctuary to the real world, which is the first experience outside the woods for some of the children.

Besides having stunning scenery, the movie beautifully shows the commitment to family both from the father Ben (Viggo Mortensen) and the children. While their living and school situations isn’t traditional by any means according to society, the children are not only well adjusted, but educated beyond what would be expected from public and most private schools. While the movie did start a bit slower, I found the movie was compelling and an interesting take on the alternative lifestyles. And while you home schooling or living completely off the grid may not your choice, you can completely relate to the struggles that Ben goes through, and your heart breaks with some of his decisions.

Captain Fantastic is rated R for some nudity, a lot of swearing and a couple scenes that may be disturbing to others. I didn’t feel they detracted from the movie and found the film was an amazing story of family connection, commitment and love.