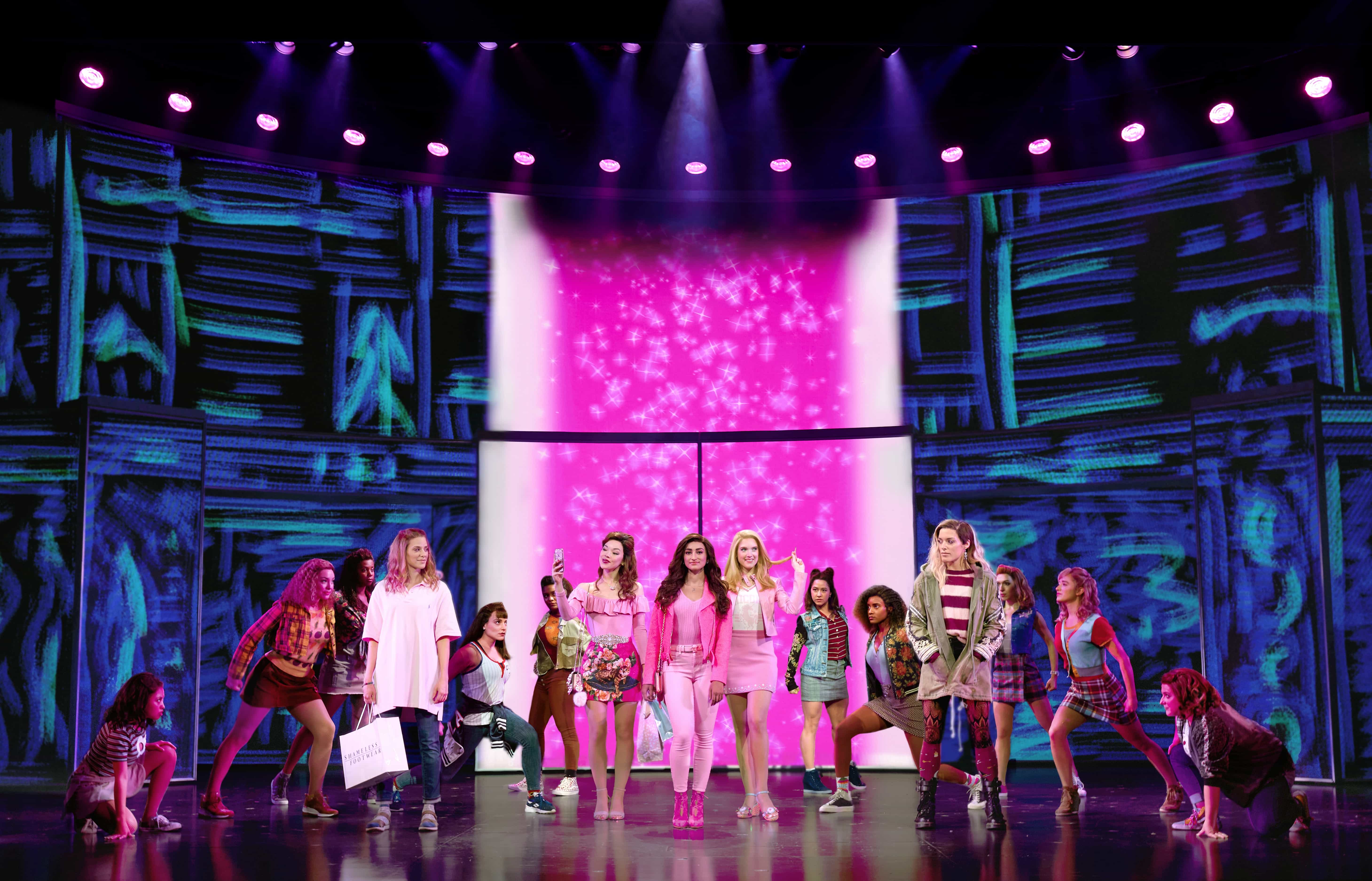 Broadway In Detroit will celebrate its 60th anniversary with an epic seven-show 2022-23 Subscription Season!

Additionally, Hamilton will return to Detroit and be offered as a priority purchase opportunity for subscribers. Hamilton will perform at the Fisher Theatre, November-December 2022.

Please note that all show dates may be subject to change.

“For our 60th Anniversary season, we have put together a really spectacular season. Six of our seven shows are making their Detroit Premiers.” said Broadway In Detroit Executive Director Alan Lichtenstein. “This amazing line-up of blockbuster shows is one you will never forget!”

Direct from Broadway, Mean Girls is the hilarious hit musical from book writer Tina Fey (“30 Rock”), composer Jeff Richmond (“Unbreakable Kimmy Schmidt”), lyricist Nell Benjamin (Legally Blonde) and director Casey Nicholaw (The Book of Mormon). The story of a naïve newbie who falls prey to a trio of lionized frenemies, Mean Girls “delivers with immense energy, a wicked sense of humor and joyful inside-jokery.” USA Today says, “We’ll let you in on a little secret, because we’re such good friends: GET YOUR TICKETS NOW!”

From Lincoln Center Theater and director Bartlett Sher comes “a sumptuous new production of the most perfect musical of all time” (Entertainment Weekly), Lerner & Loewe’s My Fair Lady. Boasting such classic songs as “I Could Have Danced All Night,” “The Rain in Spain,” and “Wouldn’t It Be Loverly,” My Fair Lady tells the story of Eliza Doolittle, a young Cockney flower seller, and Henry Higgins, a linguistics professor who is determined to transform her into his idea of a “proper lady.” But who is really being transformed? “Thrilling, glorious and BETTER THAN IT EVER WAS. Eliza is a hero for our moment!” – The New York Times

Ain’t Too Proud – The Life and Times of The Temptations is the electrifying new smash-hit Broadway musical that follows The Temptations’ extraordinary journey from the streets of Detroit to the Rock & Roll Hall of Fame. Nominated for 12 Tony® Awards and the winner of the 2019 Tony Award for Best Choreography, it’s a thrilling story of brotherhood, family, loyalty, and betrayal during a decade of civil unrest in America. Set to the beat of the group’s treasured hits, including “My Girl,” “Just My Imagination,” “Get Ready,” “Papa Was a Rolling Stone,” Ain’t Too Proud tells the unforgettable story of the legendary quintet that Billboard Magazine named the greatest R&B group of all time.

Winner of six Tony Awards® including Best Musical and the Grammy® Award for Best Musical Theatre Album, Dear Evan Hansen is the deeply personal and profoundly contemporary musical about life and the way we live it. The Washington Post calls Dear Evan Hansen “Theatrical magic. One of the most remarkable shows in musical theater history.” “An inspiring anthem resonating on Broadway and beyond.” -NBC Nightly News

It’s official! “The whole world loves Beetlejuice” — New York Post. Based on Tim Burton’s dearly beloved film, this hilarious new musical tells the story of Lydia Deetz, a strange and unusual teenager whose whole life changes when she meets a recently deceased couple and a demon with a thing for stripes. With an irreverent book, an astonishing set, and a score that’s out of this Netherworld, Beetlejuice is “SCREAMINGLY GOOD FUN!” (Variety). And under its uproarious surface (six feet under, to be exact), it’s a remarkably touching show about family, love, and making the most of every Day-O!

Some shows you see. This show you feel. Joy, love, heartache, strength, wisdom, catharsis, LIFE—everything we’ve been waiting to see in a Broadway show— is here in the exhilarating, fearless new musical Jagged Little Pill based on Alanis Morissette’s world-changing music. Directed by Tony Award winner Diane Paulus (Waitress, Pippin, upcoming 1776) with a Tony-winning book by Diablo Cody (Juno) and Grammy-winning score, this electrifying production about a perfectly imperfect American family “vaults the audience to its collective feet” (The Guardian). “Redemptive, rousing and real, Jagged Little Pill stands alongside the original musicals that have sustained the best hopes of Broadway.” (The New York Times). You live, you learn, you remember what it’s like to feel truly human… at Jagged Little Pill.

Hamilton is the story of America then, told by America now. Featuring a score that blends hip-hop, jazz, R&B and Broadway, Hamilton has taken the story of American founding father Alexander Hamilton and created a revolutionary moment in theatre — a musical that has had a profound impact on culture, politics, and education. With book, music, and lyrics by Lin-Manuel Miranda, direction by Thomas Kail, choreography by Andy Blankenbuehler, and musical supervision and orchestrations by Alex Lacamoire, Hamilton is based on Ron Chernow’s acclaimed biography. It has won Tony®, Grammy®, and Olivier Awards, the Pulitzer Prize for Drama, and an unprecedented special citation from the Kennedy Center Honors.

“Our fans have been eagerly waiting for Dear Evan Hansen to arrive, and we could not be more excited to bring Ain’t Too Proud home to the Motor City. Detroit audiences are going to be some of the first in the country to see Tina, Beetlejuice, and Jagged Little Pill. And Mean Girls and the stunning revival of My Fair Lady are the cherries on top of our biggest celebration season ever,” said Lichtenstein.

Broadway In Detroit season subscribers always get the best seats in the house, the same seats for each show, priority access to buy additional tickets for season shows and extra attractions, exclusive subscriber-only events, and full exchange privileges at no charge. Another added benefit for subscribers is the ability to post tickets for sale, or forward tickets to friends or clients up to two hours before show time via their Broadway In Detroit account. Subscribers also enjoy the ability to have tickets reprinted at the box office for no charge. Subscription prices include parking costs in the Fisher Theatre surface parking lot and deck for performances at the Fisher Theatre.

Group reservation requests for all season shows are being accepted now for groups of 10+ to 20+ (minimum varies depending on show) by emailing broadwayindetroitgroups@theambassadors.com and using the name of the show as your subject line, or by phone (313) 871-1132, Monday – Friday from 10:00 a.m. – 5:00 p.m.

Individual tickets for subscription shows will go on sale at a later date.

Extra attractions not included with the season subscription will be announced at a later date.