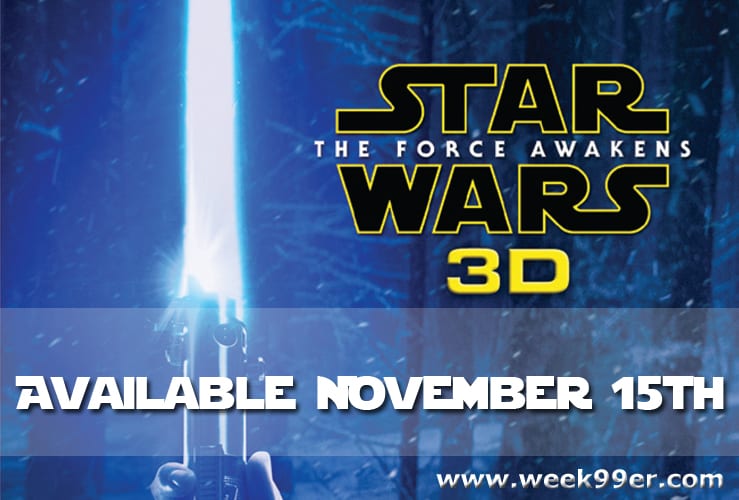 If you’re like me, you probably saw Star Wars The Force Awakens in 3D in the theater. The traditional releases are great to watch now, but they don’t have the same umph as the 3D verson. But this November you will be able to bring home the movie in 3D in a special 4 disc collection. The set not only has the movie we fell in love with in the theaters, but new bonus features and extras. Read more about the special collectors set and the release below. We’ll keep you updated when you can pre-order this set to add to your collection!

About the Collectible 3D Version of The Force Awakens:

* Digital bonus offerings may vary by retailer. New bonus content is available in the 3D Collector’s Edition package only.