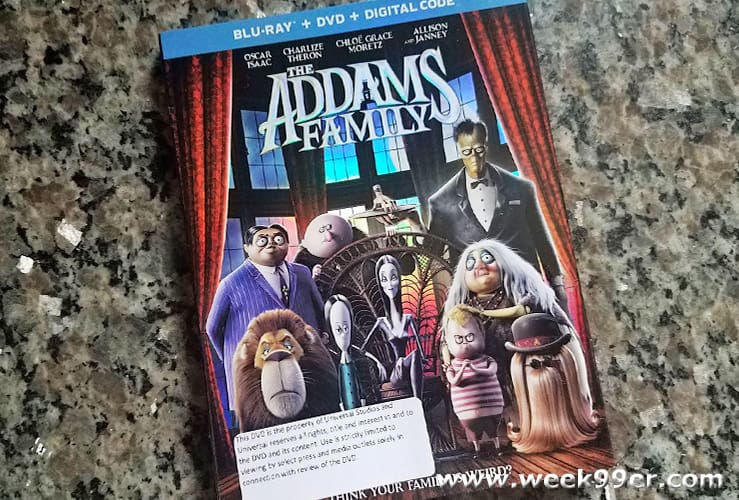 They’re one of our favorite creepy families and now in the animated form, The Addams Family is back again. The unconventional family that goes against every social norm first captivated audiences in the 1960’s and each generation of fans have fallen in love with them over and over again.

In the most recent re-imagining of the Addams Family, we have the family we all know and love and the supporting characters we would expect. The 3-D animation is reminiscent of the 90’s cartoon drawings but updated slightly bringing them into the more modern age.

But as with every Addams family story – they’re the ultimate fish out of water. With a new housing development happening near them, their home is what is standing between the community’s appearances and perceived value. Forced into a world with bright pop colors, new technologies and of course – bright happy people the dark contrast of the Addams’.

The dry and dark humor of the family will no doubt bring you laughs, and your kids will fall in love with a family that you already know and love. Worried that your love of the older versions may get in the way? Don’t worry about that! While it is different than the versions we’re already used to and love, it’s a different Addams family for a new generation, much like the other versions have been as years have gone by – but at the core is still the same crazy and kooky family we all adore.

About The Addams Family:

Everyone’s favorite creepy and kooky family is back in the “frighteningly funny and fresh” (Rosie Knight, IGN) animated feature film, THE ADDAMS FAMILY, arriving on Digital December 24, 2019 and on Blu-ray™️, DVD and On Demand January 21, 2020 from Metro Goldwyn Mayer Studios (MGM) and Universal Pictures Home Entertainment.

The very first full-length animated film about the eccentric and unconventional family,
THE ADDAMS FAMILY on Blu-ray™️, DVD and Digital showcase the wonderfully weird world of the Addams family with a variety of exclusive bonus features not seen in theaters including deleted and extended scenes, an interactive charades game with Thing, behind-the-scenes footage, music lyric videos and more! Filled with wildly funny moments and a fresh take on the beloved characters created by Charles Addams, THE ADDAMS FAMILY celebrates the uniqueness of every family and delivers spooky fun all year long.

Get ready to snap your ﬁngers! The Addams Family is back in their ﬁrst animated comedy about the kookiest family on the block. Funny, outlandish, and completely iconic, THE ADDAMS FAMILY redeﬁnes what it means to be a good neighbor.