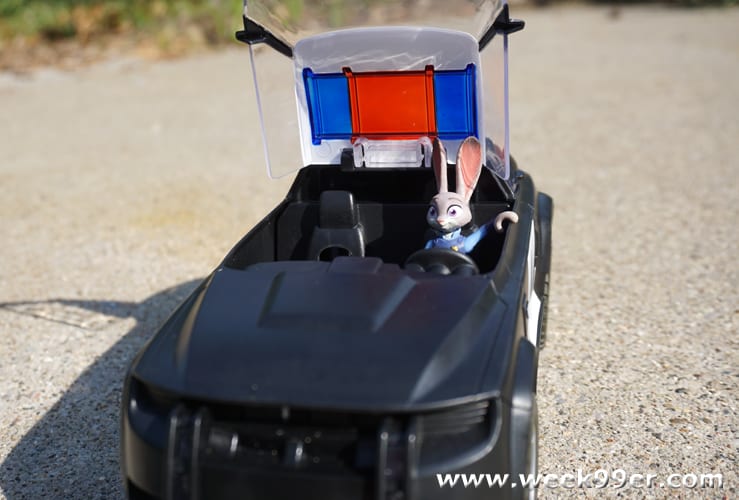 There’s no doubt that if you’ve seen Zootopia, the movie has quickly become one of your favorite movies so far. Besides being completely imaginative, it’s one that is relatable for children and adults alike. Zootopia was released this week on Blu-Ray and DVD, and you know that means there are going to be some pretty awesome toys coming out as well. TOMY sent us two of their new Zootopia Toys that your kids will love (if you don’t keep them yourself). 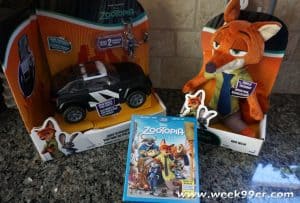 Officer Judy Hopps is the main character in Zootopia, and it’s so refreshing to see a powerful and intelligent female character in a cartoon. Not only is she likeable, but she’s also a police officer and an authority figure. TOMY has created a Judy Hopps Police Cruiser that highlights one of our favorite characters – and I have to say it has to be one of my favorite toys in a long time. 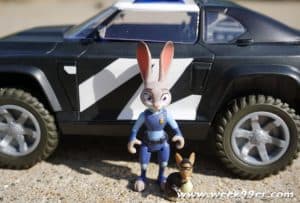 The Judy Hopps Police Cruiser will come with a 3″ action figure of Judy as well as a criminal mouse for her to catch. While the figures are great, the best part for me is probably the car itself. The car is larger and actually in scale with Judy and the crime committing mouse. She can easily sit in the drivers seat, but the seats can accommodate larger action figures as well. 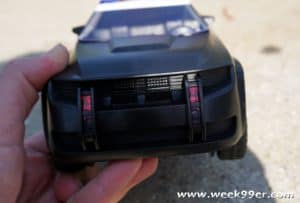 The wheels move easily on the car and it’s not a pull back car like many on the market. But as you roll the front wheels, the car has red and blue lights that blink in the front grill – just like a real police car. Pop Judy inside and close the top and she’s off to fight crime! Overall the car is lightweight but has rugged wheels and a thicker body so it’s great for heavy duty crime fighting in sand boxes and more. 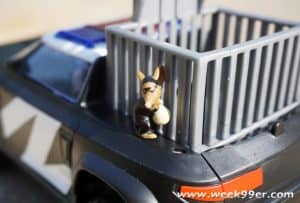 If having a pretty sweet ride wasn’t enough, Judy’s Police Cruiser also works as a mobile jail! The back window and trunk lift up to create a jail space to put any criminals you catch inside. The criminal mouse included is tiny, so you can load it up with whatever other bad guys you and Judy catch together. The overall detail and thought that went into this police cruiser is great, and is one that will keep your kids playing. Judy Hopps Police Cruiser is for ages 3 and up. 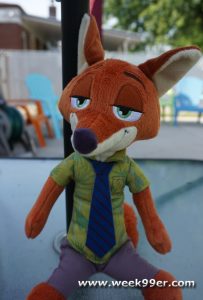 But let’s not forget the other main character in the movie – Nick Wilde. The sly fox that Judy catches in the act and has to work together with together to solve a crime. Voiced by Jason Bateman, Nick is a lovable character even if you know he’s doing bad.  TOMY has released a line of adorable plush talking characters from Zootopia, and they sent us Nick Wilde. The 13 inch tall plush toy looks exactly like the movie character and is soft enough to cuddle. He has a sly smile on his face, so you know he’s up to no good. But the best part about the Talking Plush Nick Wilde toy is he actually says lines from the movie – and they were done by Jason Bateman! Simply squeeze his stomach and Nick will say lines form the movie or laugh. Some of our favorite lines and most memorable jokes are on the line up. The Talking Plush Nick Wilde is for ages 3 and up.