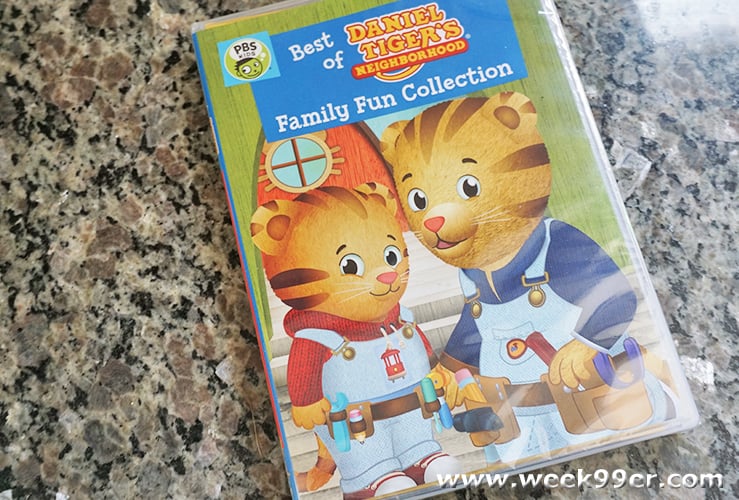 It’s time to head back to one of our favorite friendly neighbors – Daniel Tiger’s Neighborhood. He’s a family favorite and has been since he was first introduced by Mister Rogers, and the character brings friendly episodes to preschoolers everywhere. The series has been around for years, and now you can bring home the fan favorite episodes for your little ones. Snuggle up with them and watch eight of the best episodes. Learn more about friendship, working together and more in the new Family Fun Collection.

PBS Distribution today announces the release of “BEST OF DANIEL TIGER’S NEIGHBORHOOD: FAMILY FUN COLLECTION,” the latest DVD from the top-rated PBS KIDS series, DANIEL TIGER’S NEIGHBORHOOD, produced by Fred Rogers Productions. With the new eight episode collection , preschoolers can “ride along” with Daniel and his family as they go on grr-ific adventures all around the Neighborhood of Make-Believe – and beyond!

The eight episodes on this family fun-filled DVD include:

The first TV series inspired by the iconic, award-winning Mister Rogers’ Neighborhood, DANIEL TIGER’S NEIGHBORHOOD stars 4-year-old Daniel Tiger, who invites young viewers into his world, giving them a kid’s-eye view of his life. One of the key ingredients that makes the series a standout is its groundbreaking use of catchy musical strategies, grounded in Fred Rogers’ landmark social-emotional curriculum, that reinforce each theme and that preschoolers and parents can sing – and use together – in their daily lives. DANIEL TIGER’S NEIGHBORHOOD, which debuted in September 2012, airs daily on PBS KIDS(check local listings), and is also available via the PBS KIDS 24/7 Channel and Live Stream.